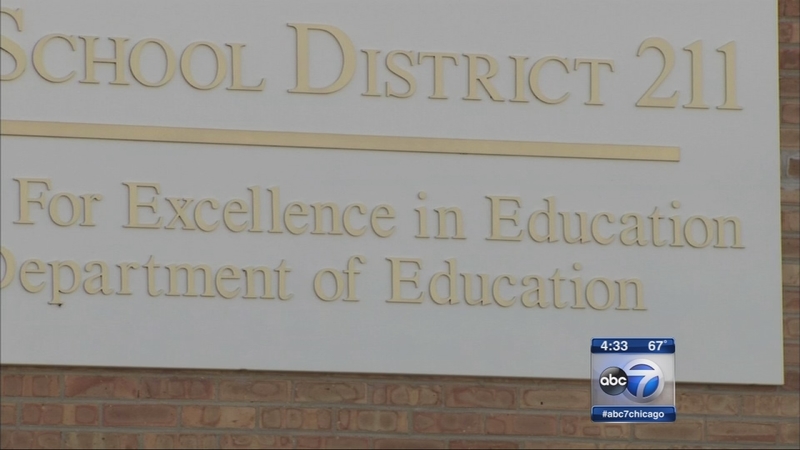 PALATINE, Ill. (WLS) -- Palatine Township High School District 211 has been cited by the U.S. Department of Education for discrimination for barring a transgender student from having full access to the girls locker room.

However, school district officials claim they have done nothing wrong.

In a letter written to the district on Monday, federal officials informed the district that they have 30 days to make changes.

"We are disappointed in findings," said Dan Cates, District 211 superintendent. "We do not agree with conclusion that we violated the law."

The ruling was sparked by a complaint by a transgendered student in one of the district's five high schools. The student was born a male, however, has identified as a female years before she entered the district.

Supt. Cates said the district has made several accommodations for her and other transgender students, including "changing names as requested, changing gender records, also provide access to bathrooms identified as gender."

Cates said the district drew the line when it came to the student's request for full access to the female locker room.

"She had to go down long hallway to the other bathroom, she noticed she was singled out, it didn't make her feel part of the team," Cates said.

The student, whose identity has not been made public, turned to the American Civil Liberties Union for help and filed a complaint with the Office of Civil Rights.

The district came up with a solution that it strongly believes is not discrimination -- asking the transgender student to use privacy curtains. Department of Education officials said without full access, the district has violated the student's civil rights.

"It really reflects a sense on the part of the Department of Education and the federal government to really take a strong stand in regards to discrimination," said ACLU spokesman Ed Yohka.