Thousands of flights canceled because of blizzard 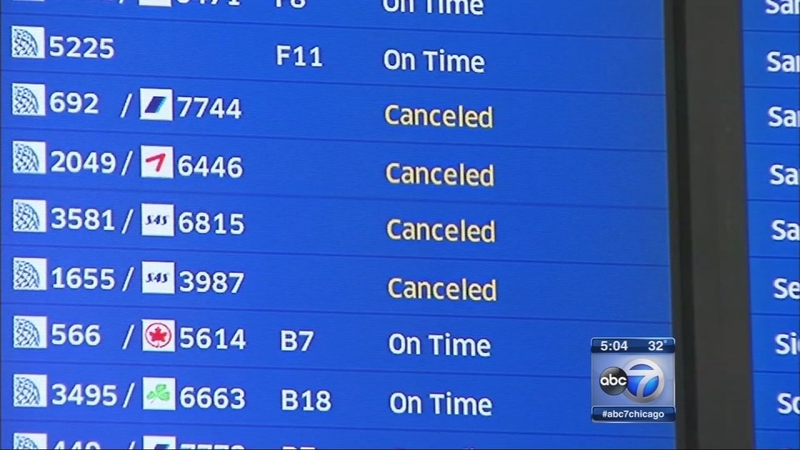 CHICAGO (WLS) -- Thousands of flights to and from Washington DC, Baltimore, New York and Philadelphia are canceled or delayed due to the blizzard bearing down on the East Coast.

Several airlines across the country are waiving change fees for travelers impacted by the storm. United Airlines suspended all operations at Washington Dulles International Airport Friday, and said it would do the same in New York Saturday. They hope to resume full operations on Sunday.

FlightAware.com says airlines cancelled nearly 7,000 flights Friday for travel over the weekend, and the effects are rippling from coast to coast. Travelers could see the disruptions linger into next week, until airlines can resume normal schedules.

One passenger said she managed to fly out of Philadelphia with only one delay; a non-stop flight from Philly to St. Lucia was rerouted through O'Hare this morning due to the blizzard. But, she says, she'll take it.

"I gotta stay positive because with the snow in Philadelphia, I wouldn't want to be there," says Dolorse Manley.