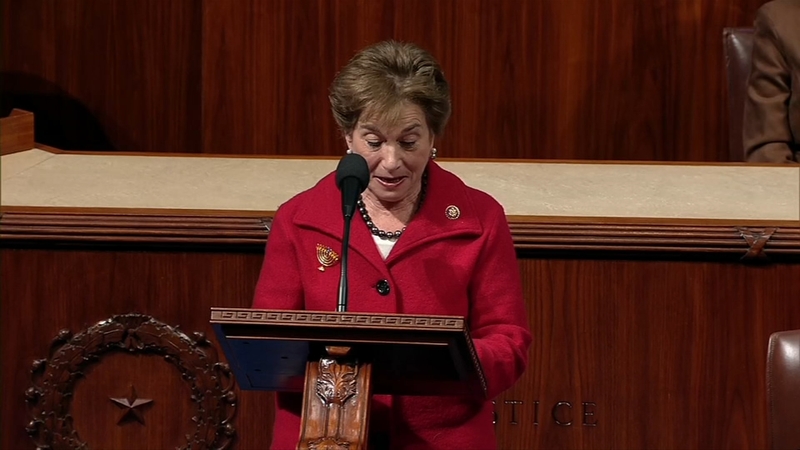 WASHINGTON (WLS) -- Lawmakers from Illinois stayed the course in the House of Representatives vote on articles of impeachment against President Donald Trump, voting along party lines.

"The president was serving his own political interests and using the United States of America and its resources to make it happen. It's just wrong," said Representative Jan Schakowsky, D-Evanston.

"Impeachment is and should be the nuclear option. Reserved for the most treasonous activity and the most serious activity clearly that has been not met here," said Representative Darin LaHood, R-Peoria.

RELATED: Trump impeached by House for abuse of power, obstruction of Congress

President Trump has said the impeachment process is helping him politically by rallying his base, but Illinois Democrats saying they are putting principle before politics.

"The facts are simple. The path forward is clear. Impeachment is not an option it is an obligation because no one is above the law," Robin Kelly, D-Chicago.

Not everyone in the Illinois delegation agrees.

"This process has lacked fairness due process, and transparency we shouldn't be here tonight doing this. This is a travesty," LaHood said.

RELATED: Impeachment process: What's next for President Trump, Congress, US?