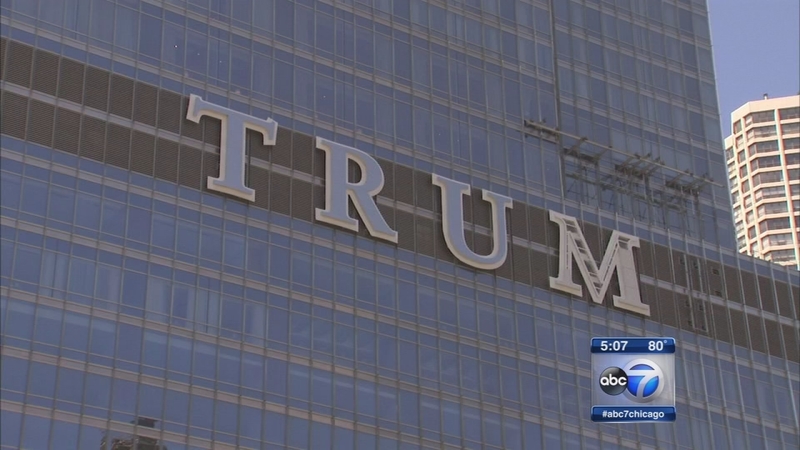 CHICAGO (WLS) -- Chicago's Trump Tower only has one letter to go before its sign is complete, and the name "Trump" will be emblazoned across the latest major addition to the Chicago skyline.

City Council members approved the sign for the 96-floor tower in October 2013. Donald Trump originally wanted letters that exceeded city ordinance size by 20 percent, though city development and planning officials made him comply.

At 20 feet by 141 feet, the sign on the building's south faade is set to be illuminated in LED Light. It has people talking - and divided about its advisability.

"I think if it was a more generous rather than, I suppose, a vain gesture, people would be a lot more comfortable with it," said Peter Exley, the past president of the Architectural Institute of America.

Exley acknowledges people's complaints about the sign, although he's a bit torn.

"I like signs! In this case the building is so prominent and so beautiful it speaks for itself, and by association you want to know what that building is," he said.

Curbed Chicago editor A.J. LaTrace has been sorting through opinions on the sign - and "tacky" is the word that keeps getting repeated.

"So we have this architecturally significant building in Chicago, and basically it is going to have what some people refer to as a 'tramp stamp,'" LaTrace said.

The Adrian Smith-designed building is a piece of "star-chitecture" on the Chicago River, according to LaTrace. And on the street below it, despite Trump's assurances that people will come to love the sign like they do the one in Hollywood, there are mixed reviews.

"Yes, why not, he is promoting his business," said Nicholas Dandrea, a Chicago resident.