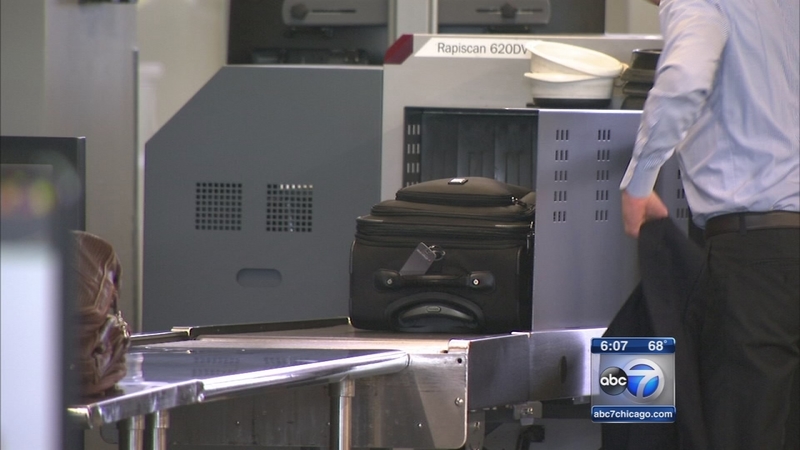 The TSA doesn't know which airport screening equipment works and what needs repair, according to a newly-released inspector general's report.

This is a case of equipment insecurity involving the scanners and metal detectors that we all walk through at O'Hare, Midway and other U.S. airports. A chilling report by the Department of Homeland Security inspector general suggests TSA officials are clueless about which of their equipment even works. The investigation found that TSA is compromising passenger safety by mismanaging maintenance.

"On average, six firearms are found every single day at checkpoints across the country," said Kevin McCarthy, TSA security director at Midway Airport.

At Midway Airport on Monday morning, TSA officials held a news conference instructing travelers how to safely and legally travel with guns, after a series of high-profile arrests for loaded firearms in carry-on baggage.

The fact that any weapons are intercepted at Chicago airports, or any others, may be considered surprising in view of this searing Inspector General's report that found TSA does not properly manage its airport screening equipment maintenance program. Because of the mismanagement, inspectors say U.S. airline passengers appear to have been in potential jeopardy to terrorist attacks for nearly a decade.

The report castigates upkeep on every major piece of equipment that security officials depend on in airports to screen travelers for bombs, guns and other weapons.

According to the inspector general, passengers flying in the U.S. "cannot be assured that routine preventative maintenance is performed or that equipment is repaired and ready for operational use."

"It was quicker, it was faster," said Donna Heise, of Springfield.

The report comes as TSA has been expanding its popular "PreCheck" program to expedite security checks and move passengers through airports faster. A year ago, the I-Team found that thousands of travelers were herded through PreCheck lines at O'Hare and Midway, even though they hadn't gone through the required background pre-check, or even signed up for the program.

"Doesn't seem like, uh, proper PreCheck to me because they are not being pre-checked," said Dan Rego, of Dallas.

"It bothers me. Yea. It absolutely does. I don't think it's right. It's probably not as secure," said John Burch, of Nashville.

TSA's maintenance contracts already cost taxpayers more than $1 billion a year. In response to the inspector general's findings, TSA officials say they agree and have begun improvements to fix all the issues with completion set for the end of 2015.