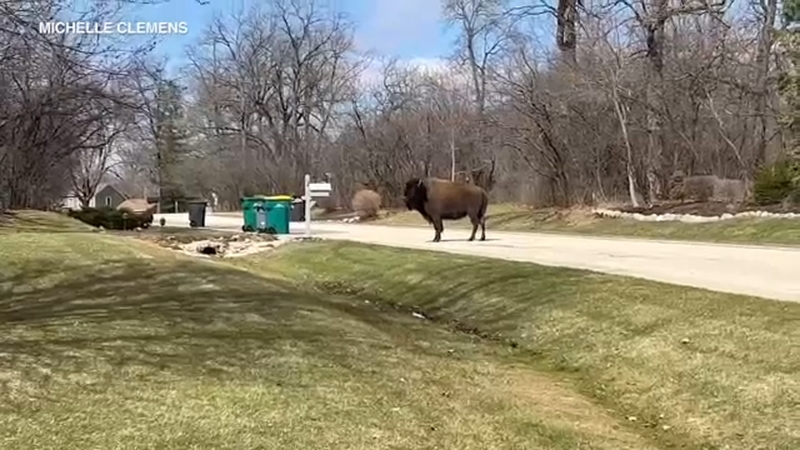 WAUCONDA, Ill. (WLS) -- It looks like a famous bison on the run is making a new appearance in Lake County, Illinois.

A woman took video of the large trespasser in the northern suburb of Hawthorn Woods Friday.

It's believed this American bison is the one who ran from its owner's farm in Wauconda in September.

The animal has been spotted several times since its escape in Lake and McHenry counties.

While there is no need to panic if you see her, residents are asked to call police if she's spotted again.