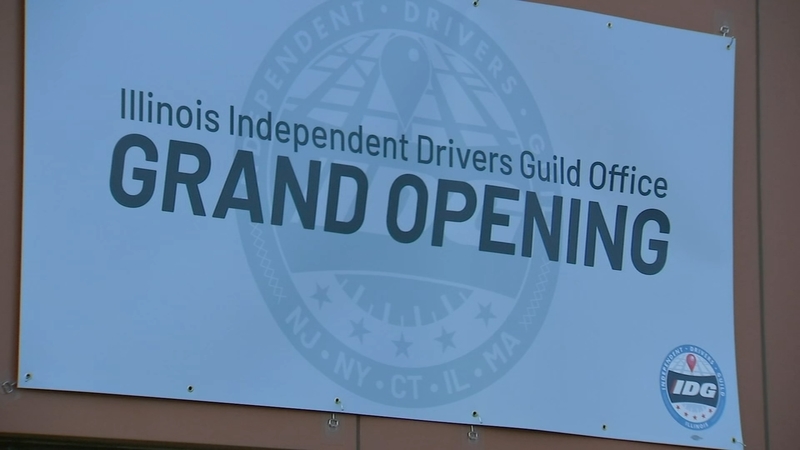 Organizers said it's a place where they can receive in-person support as drivers continue to fear for their lives on the road.

"We are seeing carjackings and assaults of gig workers at an alarming rate. It is absolutely at a crisis," said Lenny Sanchez, director of the Independent Drivers Guild Illinois chapter.

The increased violence toward rideshare drivers and the dangers of the job, advocates said, are being felt among Illinois drivers.

"That became real clear when I got car jacked back in January," said John Baker, who is a rideshare driver.

Baker said he was carjacked two months ago while picking up a rider in Chicago's Auburn Gresham neighborhood.

"The woman sprayed me with pepper spray and told me to get out of the car," Baker said. "I'm standing on the side walk and the pepper spray hurting like hell. Oh, my gosh, they got my car. But I'm alive."

"It drives me crazy because I also had someone pull out a firearm on me and everything. I'm one of the lucky ones," Sanchez said.

That's why, Sanchez said, opening a hub for drivers with safety resources and legal support is necessary.

"There's a ton of vulnerability there, there is an anonymity that exists with the users, and the carjackers know that. That if they can open an account and be completely anonymous on the other end, and for us to get justice is I hate to say this but it's almost impossible," Sanchez said.

To improve safety, Sanchez said he wants riders to have to submit a selfie. The photo would not be shared with the driver, but with the app in case of a crime, so they can later be used as evidence.

Sanchez said he also wants riders to upload an ID that matches their form of payment to verify it's them requesting the ride.

"We believe that these steps are some things the applications can easily take to deter the criminals," Sanchez said.

A Lyft spokesperson released a statement to ABC7, saying, in part, "We're committed to doing everything we can to help keep drivers safe. These crimes against drivers are absolutely unacceptable and we've introduced new safety features and policies to address them specifically."