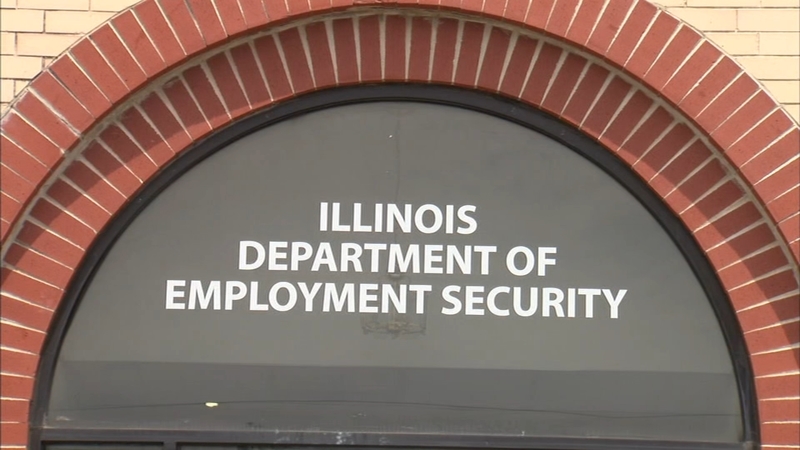 CHICAGO (WLS) -- Illinois residents say their unemployment accounts have been hijacked and their benefits stolen.

They told the ABC7-I-Team that IDES has not responded to their concerns.

They said they were supposed to receive their unemployment benefits last month via direct deposit, but when they checked their IDES account, they learned that money went to someone else's bank account instead.

After losing her full-time job, Brittni Voltolina said she didn't think things could get any worse, but they did.

Last month, she was expecting nearly $1,800 in unemployment benefits. But the money never came, so she said she checked her IDES account.

"I saw the payment had gone through but when I clicked and opened it up, I saw that it went to Wells Fargo and I was sitting there thinking, I don't have a Wells Fargo account," Voltolina said.

She said someone changed her bank account information and the email address on her profile.

"My heart just stopped," Voltolina said. "I was almost in tears because that's money that my husband and I really depend on and I didn't know what to do."

He says the someone changed his bank account information and email address and he never received the $1,700 he was counting on.

Both he and Voltolina say they're upset because no one from IDES has called them back.

"If their offices were open right now I'd go there," Majka said. "I would camp out if I had to, but they're not. You're kind of my last ditch effort to maybe get some answers."

An IDES spokesperson confirmed that the activity they described is fraud. IDES did not say how many of these cases they are aware of or how the thieves manage to take over their accounts.

The department did say, "The IDES fraud division will conduct an investigation and payment tracer to determine if benefit payment was sent out or not. If the investigation leads to the conclusion that a person's account information has been changed and payment was diverted elsewhere, payment will be reissued to the affected claimant."

IDES says the investigation could take quite some time to complete due to the need to subpoena banking information from banks.

It's not exactly what Voltolina was hoping to hear. She's still out nearly $1,800.

In the meantime, she said she'll be anxiously waiting to get her money back and a call back from IDES.

IDES said if you believe you are victim of this fraud you should call the department and make sure you have a secure password and security questions.

If you have been a victim of this or any other unemployment-related problem, report it to IDES.