Teen dies at hospital after being shot in Univ. Village, covered with sheet at scene 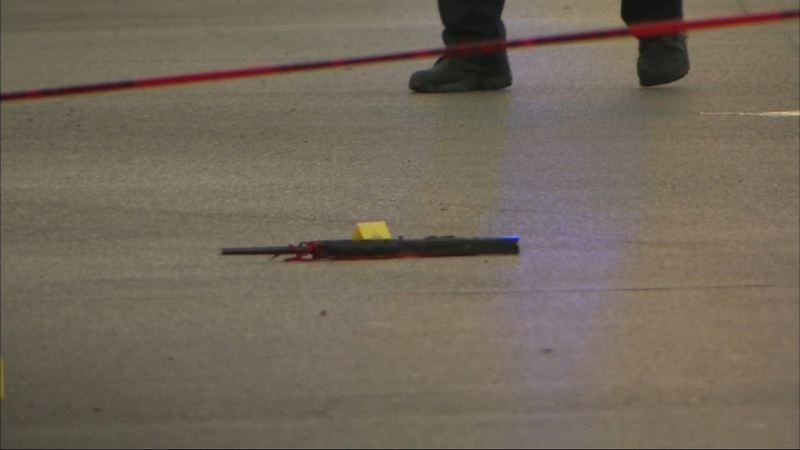 Teen dies at hospital after being shot in Univ. Village, covered with sheet

CHICAGO (WLS) -- A second person has died in a shooting on Chicago's West Side. A 17-year-old boy, who was initially presumed dead and covered with a sheet, was pronounced dead early Tuesday morning.

The victim was identified to the Cook County Medical Examiner's Office as Erin Carey, of the 200-block of South Lockwood Avenue in Chicago.

He was shot several times in the head around 4:50 a.m. Monday after a party in the 1300-block of South Loomis Street in Chicago's University Village neighborhood.

Carey was one of two people killed as a result of an early morning shooting in University Village that left four others wounded Monday. He was also a recent graduate of Evanston Township High School, where he played football.

While police continue to investigate the circumstances surrounding the shooting itself, and believe, based on surveillance video of the incident, that Carey may have been directly involved in the shooting, there is a parallel investigation going on.

Carey, who was twice shot in the head, was covered with a sheet, where he remained on the street, still breathing, for an extended period of time, until bystanders started shouting for the attention of first responders on the scene.

A second person has died in a shooting on Chicago's West Side. A 17-year-old boy, who was initially presumed dead and covered with a sheet, was pronounced dead early Tuesday morning.

A spokesperson for the fire department Tuesday acknowledged mistakes were made, saying that while the initial triage determined Carey was mortally wounded and could not be saved, he was not dead. Chicago Fire Department procedure dictates he should have been transported to the hospital, albeit after, those who could be treated and saved. Who covered him with the sheet and why is what remains under investigation.

ABC7 Eyewitness News's cameras were on scene for at least 15 minutes before paramedics removed the sheet and began administering CPR. How long the teen actually lay there, still breathing is unknown.

He was transported to Stroger Hospital in very critical condition. He died at 1:19 a.m. Tuesday.

Witnesses at the scene told officers that the man was still alive.

For those who loved Carey and knew him from years past, and his days with the Chicago Jokers youth football team, it's hard to reconcile what police say may have happened, but believe he deserved better in the end.

"I'm heartbroken. This was a player I personally knew. A player that I had to pick up and bring to practice," said Chicago Jokers Football Coach Eric McClendon.

"Not too long ago, about a week ago he was talking about how he wanted to play a game of football with all of his former teammates and getting together and doing that and having fun," said Cooper.

The fire department said they are continuing to review all the communications with dispatch. They say they still don't have all the answers simply because some of the people on duty Monday morning, are not at work Tuesday.

A woman between 20-25 years old was pronounced dead at the scene with multiple gunshot wounds following the shooting. Police said she was found in the 1400-block of West Washburne Avenue. The Cook County Medical Examiner identified her as 22-year-old Shalonza E. McToy.