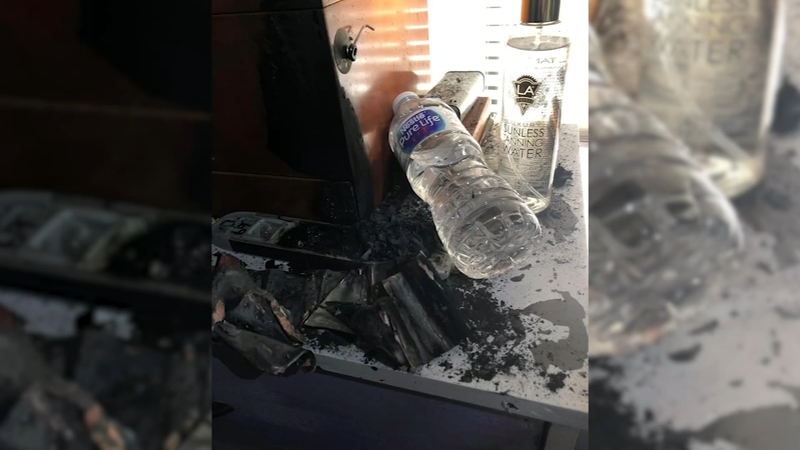 FRESNO, Calif. -- When Kathryn Lemm of Kerman, California came home Monday afternoon she noticed something was off.

"There was a weird smell, a strange smell, almost like a smokey smell, but not like campfire smoke," she said.

She called 911 as she investigated.

"It got stronger and I kept walking back and I'm thinking, OK there is definitely fire smell here," Lemm said.

The stench and smoke led her into a bedroom, and that's where she made the discovery.

Within minutes firefighters put the fire out. Detectives discovered the cause shortly after.

"After a while, they brought out the melted lithium battery charger and asked me if I knew what this was," Lemm said.

According to Isolano, had the Aerosol can hit their bed, the outcome would have been much worse. Instead, there are only a few thousand dollars in damages.

"My table was burned up, a lot of smoke damage in the house. My carpet has things that were lodged in it. My ceiling is damaged," Lemm said.

"What if we had been gone another hour. Who knows what could have happened. That gave me chills," she said.

Isolano says this is another example of how dangerous vape pens can be.

"Obviously it is more dangerous than we thought, we've had incidents where these batteries have exploded, but it is just a reminder that if you are going to have it, maybe put it out on the patio," he said.