The police sergeant said he believed he was in danger and that the teenager was armed, but a weapon was never recovered.

A home surveillance camera captured the violent encounter in front of a home near 111th Street and Hermosa Avenue on August 13, 2017. Then 18-year-old Ricardo Hayes had been running and then stopped in front of the home.

The video shows off-duty Sergeant Khalil Muhammad pulling up in his personal pickup truck. Seconds went by, then when Hayes slowly moved toward Muhammad, the sergeant fired shots, wounding Hayes in the chest and arm.

Muhammad called 911. In the background of the call Hayes can be heard screaming.

Hayes survived the shooting and has now filed a lawsuit. Hayes' attorney, Gabriel Hardy, said his client has developmental disabilities and problems communicating.

"Ricky wasn't doing anything wrong. He wasn't breaking any laws. He wasn't armed. He didn't initiate contact with this officer," Hardy said.

He said the shooting was not justified.

The Illinois ACLU is also calling for more officer training on how to deal with people with disabilities. 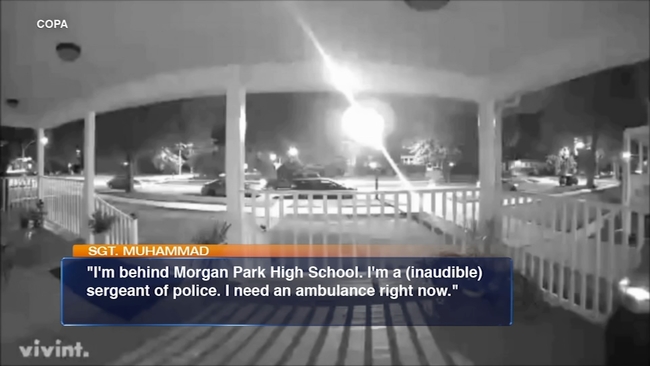