The suspect was taken into custody after a standoff involving a SWAT team in the Chicago Lawn neighborhood Wednesday afternoon. The motive behind the shooting remains a mystery.

The shooting took place inside the JJ Peppers store in the 7100-block of South Kedzie Avenue at about 2:40 p.m. and was captured on camera.

The video shows the shooter pull up in a white vehicle and adjust his waistband where police said he had his gun. After the man walked into the store, the clerk said he asked him to put his shirt over the gun because he didn't want customers seeing it.

"There was no reason to shoot him," said Diana Holmes, a customer and friend of the victim. "We have enough of that going on right now."

Other customers in the store crouched and cowered in fear, hiding in a snack aisle with their hands over their mouths in shock.

One witness said he believed there were at least nine shots. The shooter then ran out, got into his car and shot again through the front window.

Police said he drove off and fled to a home in the 7300-block of South Francisco Avenue. The SWAT team responded, shutting off access to the area and after a tense standoff, the man was finally led out to a squad car in handcuffs. 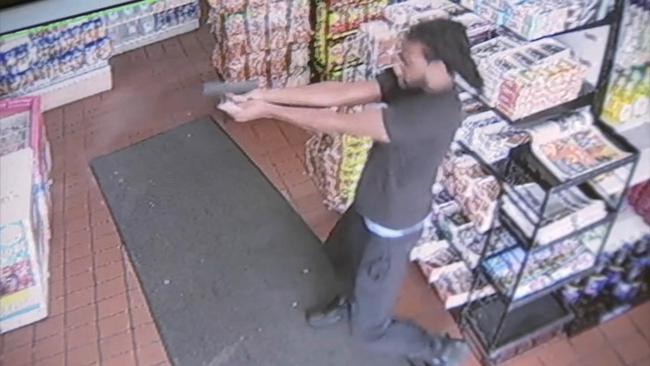