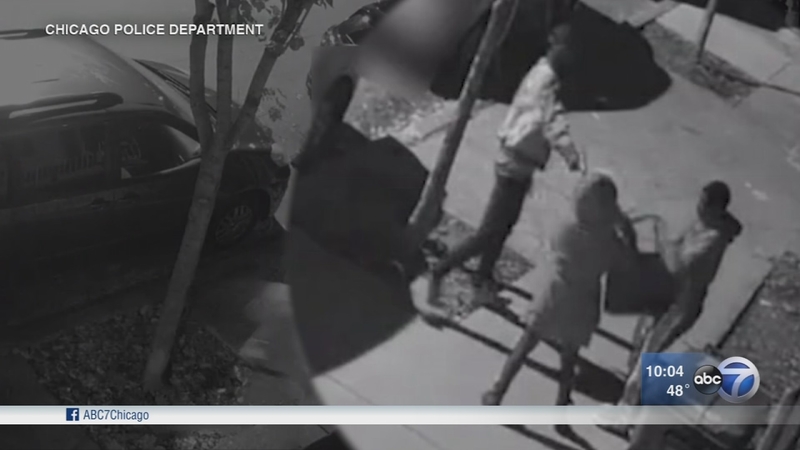 CHICAGO (WLS) -- Chicago police are searching for several suspects accused of robbing a woman at gunpoint in the Chinatown neighborhood.

Surveillance video released by police shows four suspects running up from behind the female victim as she walks alone in the 200-block of West 23rd Street just before midnight on Nov. 8. In the video, one of the suspects pulls out a gun as another grabs a bag she was carrying on her shoulder.
EMBED More News Videos

Chicago police are searching for several suspects accused of robbing a victim at gunpoint in the Chinatown neighborhood.

"Most of the people who do these things are looking for quick money, quick cash," said Bobby Tzanetopoulos, resident.

Police are searching for two men responsible a violent attack on two sisters on Chicago's South Side.

Less than two weeks ago, two sisters were robbed at gunpoint and pistol-whipped in an alley off the 2400-block of South Wentworth Avenue in the early morning hours of Nov. 2. Police have not said if the two crimes are related.