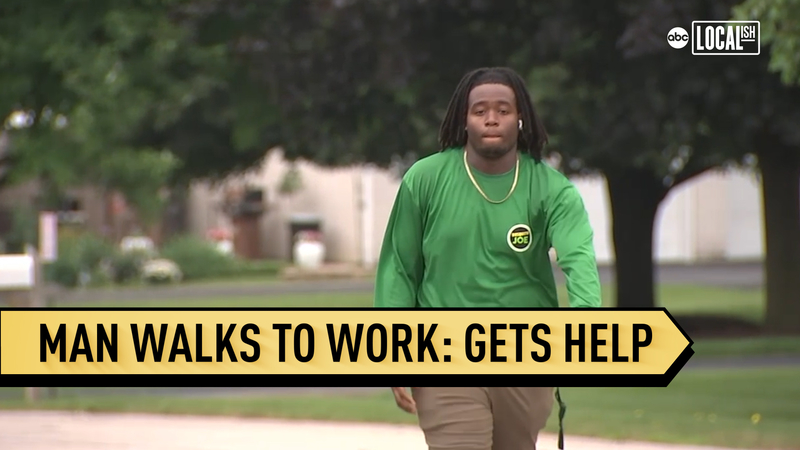 ROSELLE,Ill -- Braxton Mayes has been walking three hours each way to work and back after his car broke down. Each morning he leaves at 4 a.m.

The 20-year-old walks about 12 miles each way between the west suburban towns of Montgomery and Batavia, which is about a marathon each day.

One day, Chicago radio personality Ray Stevens saw Mayes walking. That's when he stopped to offer a ride and discovered the backstory.