NILES, Ill. (WLS) -- Niles police are looking for assistance in identifying two suspects who robbed a woman at knife point outside a Walmart on Thursday. 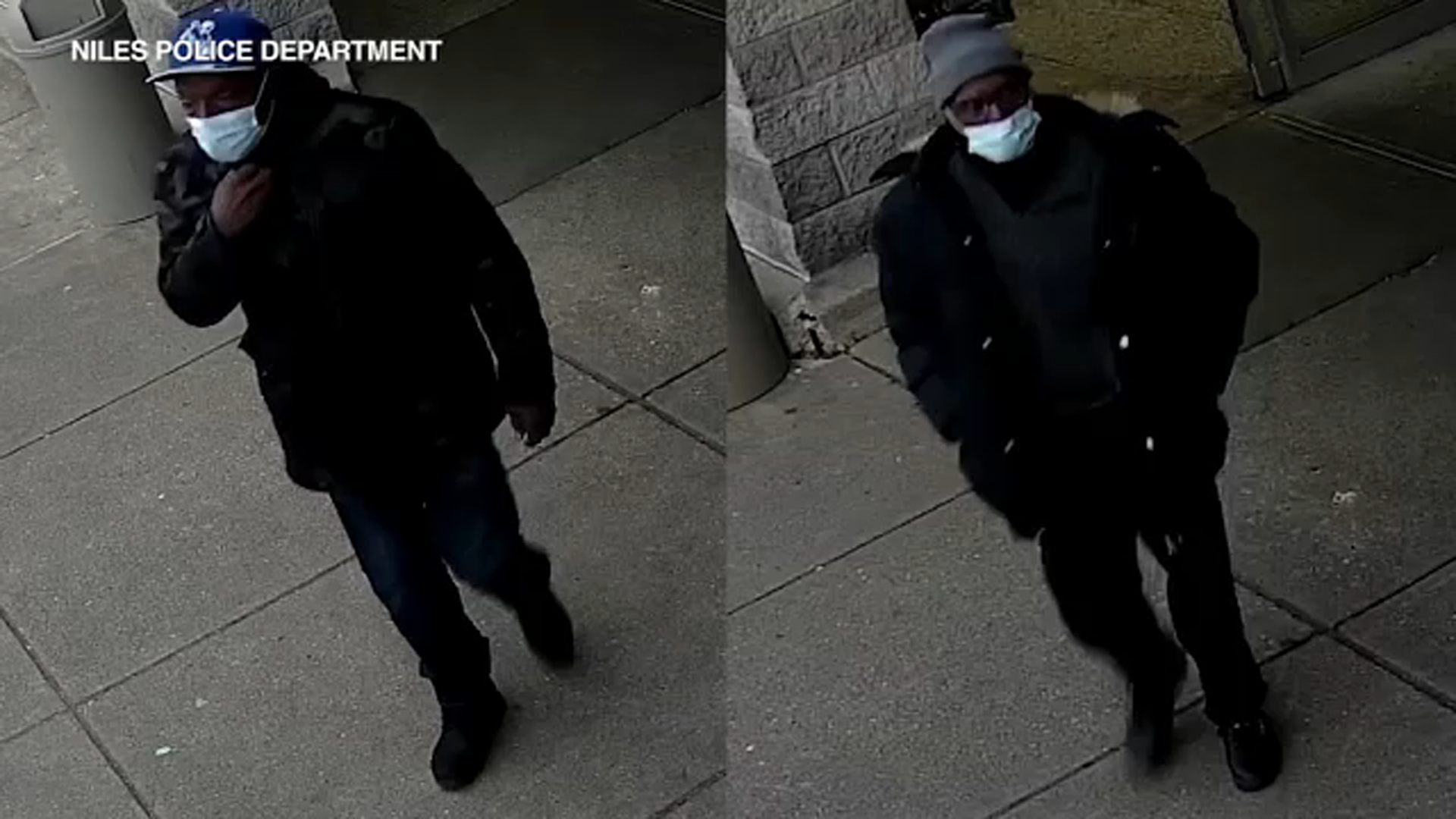 The Niles Police Department released surveillance pics of two men accused of robbing a woman outside a Walmart store on Thursday.

Officers responded to the Walmart located at 5630 Touhy Ave., at approximately 3:53 p.m. for a report of an armed robbery.

The victim, 37, had just cashed her paycheck and was shopping inside the store when she was approached by two male suspects asking for help, police said.