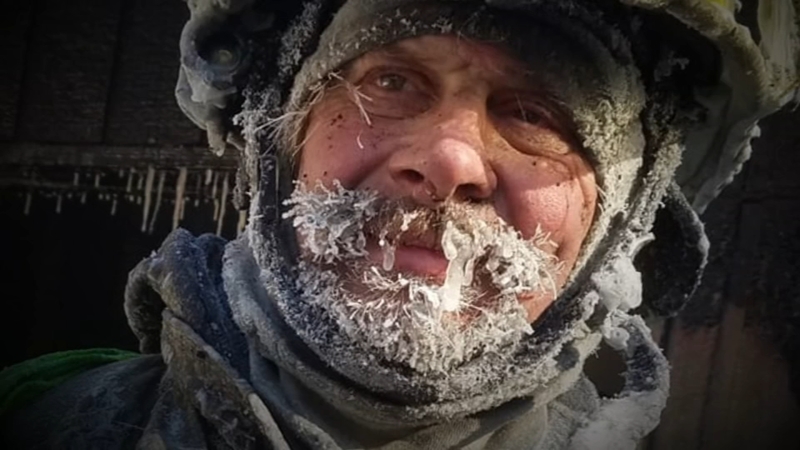 CAMERON, Wisconsin -- It's insanely cold in Wisconsin -- and it's about to get even colder -- but that's not stopping firefighters from doing their duty.

Cameron Fire Department Chief Mitch Hansen was pictured with a frozen beard and after battling a house fire in minus 50 wind chills Wednesday. "The fire gutted the home but everybody got out safe. We saved what items we could for them," Tony Paulson, one of the firefighters, told CNN.

"There was minus 50 wind chills. You're pretty much froze stiff on the outside but warm on the inside."

Assistant Chief Bimbo Gifford, who took the picture of Hansen, said he's been a volunteer with the department for decades and this is the first time he had to battle a fire with such freezing temperatures.

"It's tough. We're a small team of volunteers but we're careful and trained," he told CNN. "When it's that cold you just can't move."

Gifford said he took the picture as the team was wrapping up.

"The sun got out and I looked at Mitch and he was all lit up," said Gifford. "Every hair on his face was lit up, his clothes frosted. I said to myself 'I gotta take a pic.' "