Garfield Park Conservatory reopens after damaged by hail in 2011 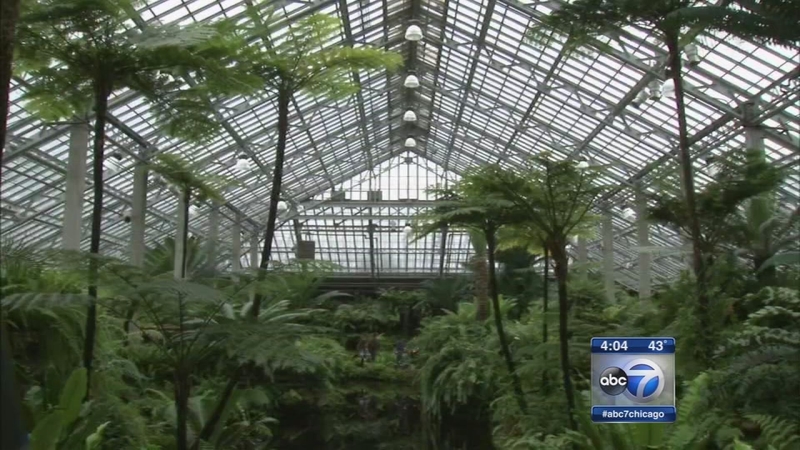 The fern room at the Garfield Park Conservatory is fully restored and restorative to people looking for a warm and tranquil place to spend a chilly spring day.

There was a celebration as all show rooms reopened for the first time since hail shattered about 60 percent of the glass roofs four years ago.

"To come out here, it was truly devastating, but also a blessing in disguise," said Mark Kelly, superintendent at Garfield Park Conservatory.

Stronger, double-paneled glass was put in to better withstand extreme weather, which is what Chicagoans outside of the conservatory were dealing with. Many Chicagoans cannot believe what they woke up to this morning: snow showers and ice pellets in late April. 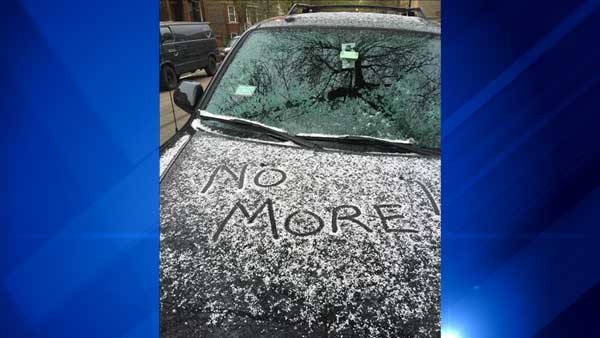 PHOTOS: April snow, hail falling in Chicago
ABC7 Chicago viewers submitted photos of snow and hail that fell on the morning of April 22, 2015.
"I think when you've lived in Chicago for a while, you expect everything," said Sam Weber.

On Wednesday, that included light flurries and wind chills that dropped into the mid-20s in some parts of the Chicago area. Though weather experts say it's not unheard of to get snow this time of year, it was a surprise to some.

"If you're born and raised here, you know what you're gonna get. Either it's cold or hot. kInda get used to it after a while," said Desmond Roach.

The lunchtime crowd opted to stay indoors, there were no takers at outside tables and the beach was desolate. It's hard to believe that about a month from now, it could be packed with people enjoying the Memorial Day Weekend. But for now, Jan Bailey had it all to herself.

"I was up in Wisconsin, Door County. We were sitting outside on the deck it was so nice," Bailey said.

Chopper7HD flew over the city's Rogers Park neighborhood Wednesday morning and shot video of a snow squall moving over parts of the city. It also spotted snow covering a golf course in Northbrook. There was even enough snow on someone's car in the city's Ukrainian Village neighborhood for them to write "no more!" on the hood.

And if you think you might have seen hail failing on Wednesday, it is actually was graupel, or granular snow pellets. Graupel looks similar to hail, but hail is only produced by thunderstorms. Graupel fell in several areas Wednesday, including Romeoville. 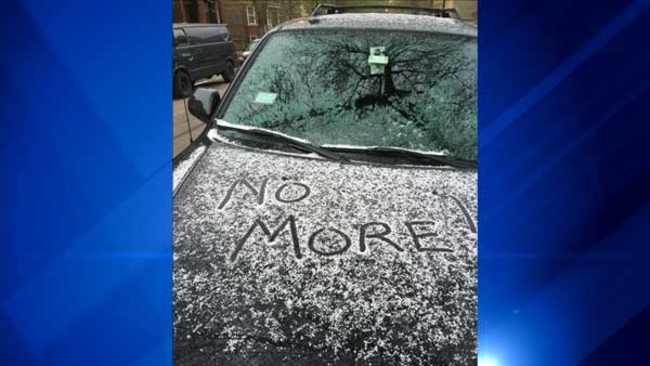 Our America: Climate of Hope 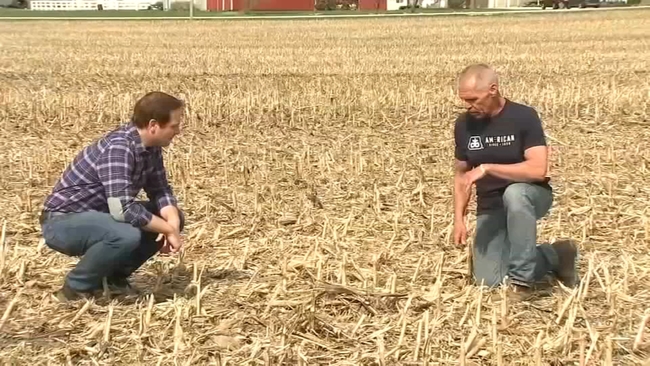 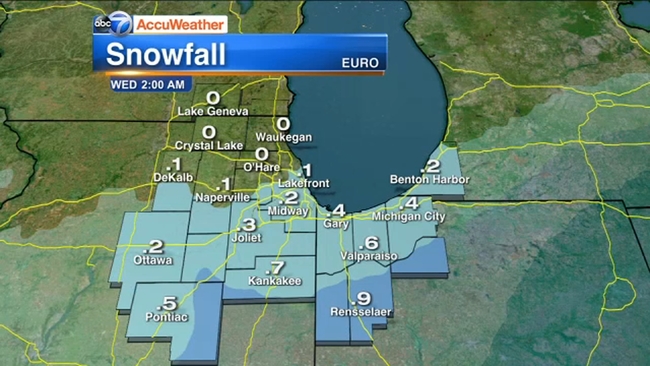