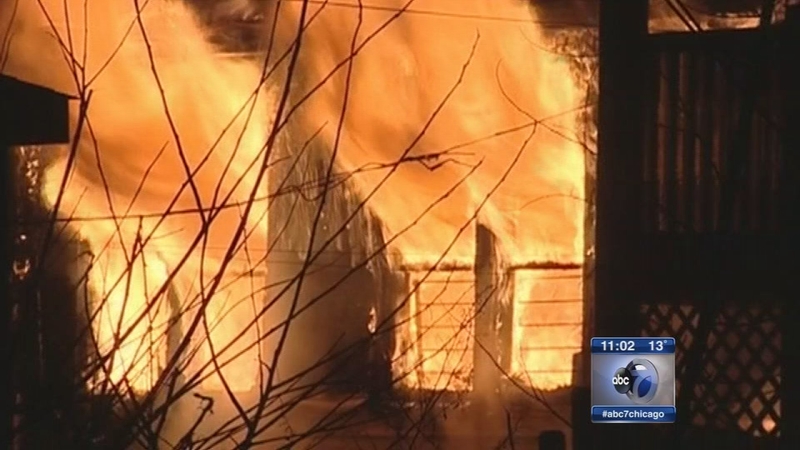 CHICAGO (WLS) -- A firefighter was hurt and 18 residents were displaced after an extra-alarm fire in the city's West Englewood neighborhood.

The fire broke out at 1:10 a.m. Thursday in the 7300-block of South Paulina. The fire started in one home, then spread to the neighboring homes on either side, the Chicago Fire Department said. 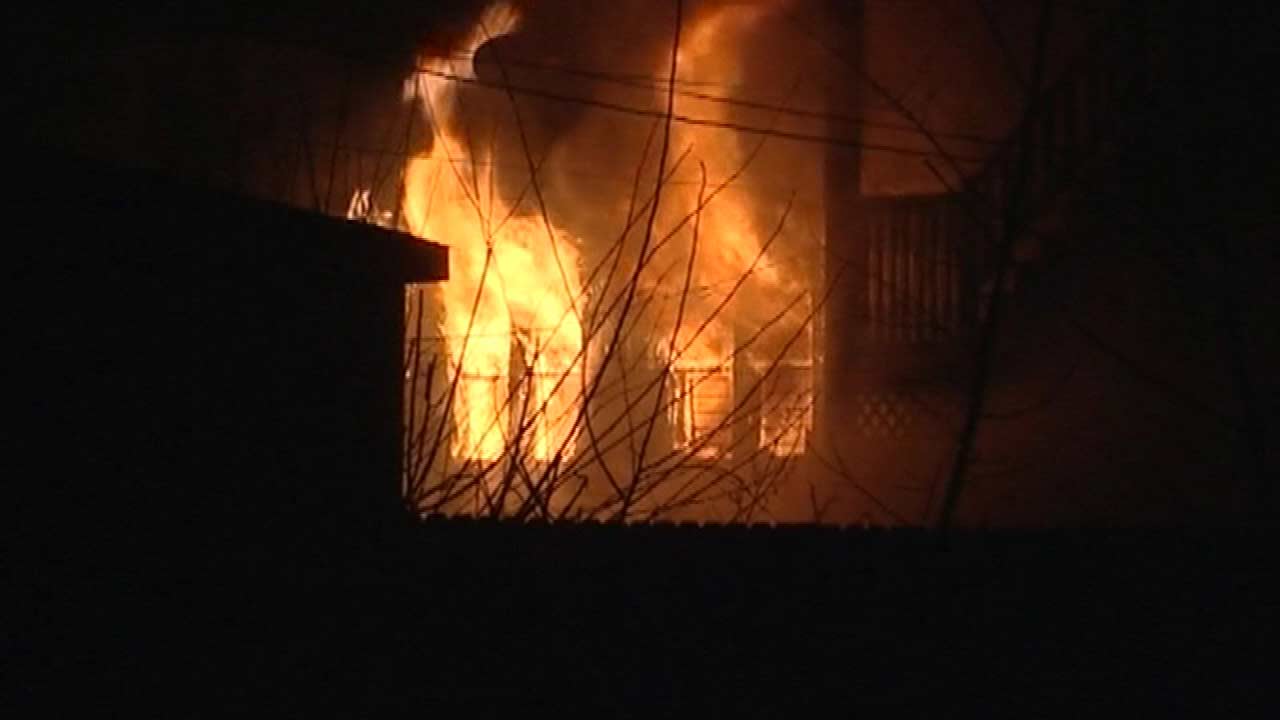 Chicago firefighters called for an extra alarm due to weather and freezing conditions, however, frozen hydrants were not an issue, CFD said.

One firefighter was taken to Christ Hospital in Oak Lawn after he fell. He's in good condition and expected to be released, CFD said.

No residents were injured. Warming buses and the Red Cross were on the scene.

The cause of the fire is still under investigation. One homeowner says she smelled smoke before the fire actually started and that the fire department checked it out. Firefighters said they could smell burning plastic, but couldn't find the source of the smell and left. A short time later, the fire spread to the home and other homes.

The homeowner stayed at her mother's house nearby to be safe and was awakened a couple of hours later when she heard a commotion outside.

"I heard a lot of noise from the street, like ambulance and police sirens. I jumped up and ran to the door and saw police running to the house. I called out and said this is my house, my house, my house! They asked who's in the house now. I said nobody's there now, " said homeowner Janice Hooper.

Thirteen adults and five children were displaced by the fire.

Firefighters have been there three times in the last twenty four hours. A flare-up caused a return call after the fire was struck.

"It was just hard, just looking at my house burn. I just couldn't take it," Jeremiah Johnson said.

Johnson, Hooper's next door neighbor, walked through his home after firefighters cleared the scene. His mother was inside rifling through debris for whatever belongings she could salvage.

Marie Collins, who lives in the other damaged house, spent the morning with her three sons - ages 13, six and four - on a warming bus. She left loved ones to gather what they could.

"My fiance and my son said every electronic we own is damaged, our rooms are flooded, busted out all of our windows. There's nothing we can do right now," she said.

firefighters returned for the third time when a hot spot in the middle house flared... endangering what was left of the neighboring homes.

"Well, we can't let it burn because it's too close to the building next door. And the hot spot - the building is obviously too dangerous to go into with all the eaves are hanging off the roofs, the sides - we can't go in there," said George Healy, battalion chief.