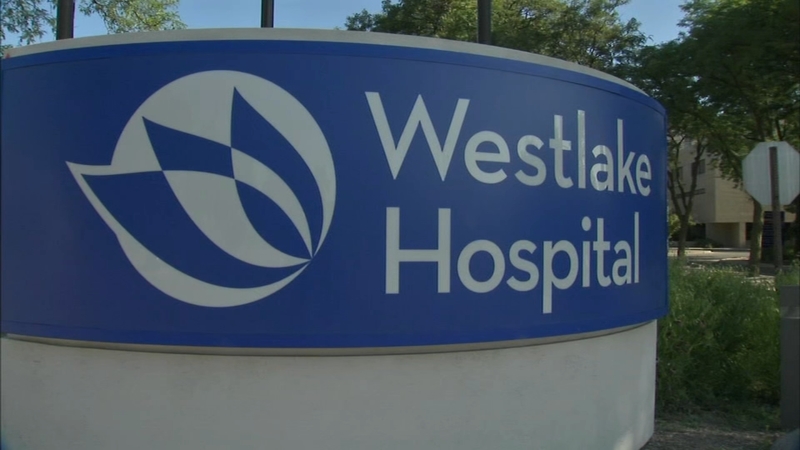 CHICAGO (WLS) -- Dozens of Westlake Hospital employees came to the Dirksen Federal Building to get the latest on the bankruptcy filed by its owners.

The bankruptcy essentially shut down operations at the Melrose Park hospital despite a state court ruling to keep the hospital open.

On Tuesday, a federal judge heard there is an ambulance stationed at the ER entrance to transport those in need of care to other hospitals, and that the skeleton staff has not been paid since August 10th.

The judge is expected to rule on whether the bankruptcy violates the state order and possible criminal complaints if that motion is granted. Also on the agenda is a class action lawsuit on behalf of Westlake employees who allege they weren't given proper layoff notice.

"The village's view is the bankruptcy was filed in bad faith and only to get around the state court injunction," said Ari Scharg, attorney for Melrose Park.

"We have treated generations of patients in the area. The hospital is embedded within the residential area so people actually walk there, carrying their children or carrying a sick person," said Dr. Nabil Saleh, Westlake Hospital pediatrician.

Meanwhile, Jussie Smollett's attorneys were in court for a status update before the judge. They are fighting the city's attempt to collect money from Smollett.

The City of Chicago claims Smollett should reimburse the city for costs associated with the infamous alleged hoax in which Smollett reported to Chicago police that he was the victim of a racist, homophobic attack.

Harvey's father and sister were in court. They did not comment.

Farhan Sheikh was also in court Tuesday. He allegedly threatened to "slaughter" staff at a women's reproductive health center in Chicago on social media.