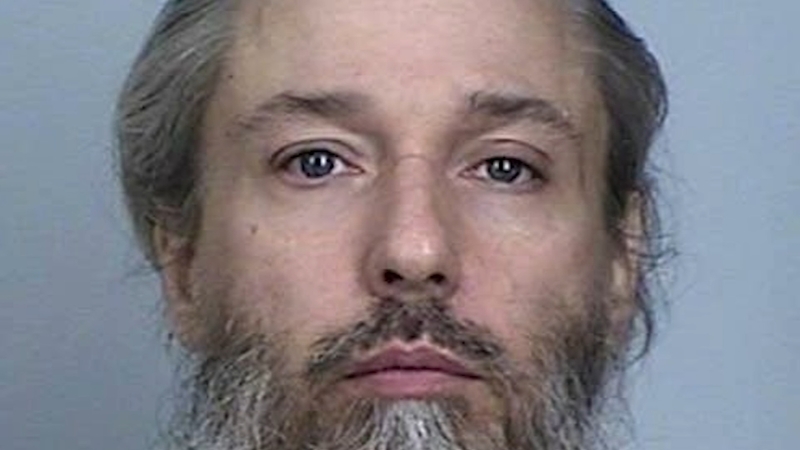 CHICAGO (WLS) -- Michael Hari, alleged leader of the central Illinois based White Rabbit militia, is planning a trial defense that will claim his day job was to find terrorists on the FBI's Most Wanted list. Hari is set to face a judge Monday for his role in the 2017 firebombing of an Islamic center in Minnesota.

Court filings show that videos starring Michael Hari and his followers that proclaim themselves to be militia members are being used by federal prosecutors as proof that jurors should be told White Rabbit is indeed a militia group. Hari, the alleged leader, is the only member who hasn't pleaded guilty to the firebombing of the Dar Al-Farooqa Islamic Center in Rochester, Minnesota. In August 2017, a bomb went off at the mosque as worshipers gathered for morning prayers. Authorities say the attack was intended to show Muslims they aren't welcome in America.

But on Monday when he is set to go on trial, Hari himself wants to show the jury pictures of two of America's most wanted terrorists. Prosecutors contend that would mislead the jury into believing the fugitive terrorists had something to do with the mosque -- which they didn't.

In a new defense filing, Hari claims the wanted posters are important because he was actually trying to catch the fugitives: one who escaped from prison in 1979 after killing a New Jersey state trooper; and the other fighting on the side of Somali terrorists. According to the court filing, "Mr. Hari's business, Crisis Resolution Security Services, Inc.,... sought to apprehend Joanne Chesimard and Jehad Serwan Mostafa" so he could obtain the millions of dollars being offered in reward money by the FBI.

As the I-Team reported in 2018, Hari and his company also had another interest. His company had bid on construction of the border wall project between the U.S. and Mexico, championed by President Trump.

Hari's purpose in portraying himself as a do-gooder bounty hunter is to offset the government's claim that he is bigoted and that Muslim hatred was the motivation for that the mosque attack. In the filing, Hari's attorneys say that it is only fair he be allowed to show evidence that he worked to hunt down fugitive terrorists and "to be clear, the defense's intent does not include a claim that either Mr. Serwan Mostafa or Ms. Chesimard have anything to do with the Dar al Farooq Islamic Center." A judge will decide what's allowed to be claimed before trial starts Monday.
Report a correction or typo
Related topics:
illinoisbombingtrialterrorismmosquei team
Copyright © 2022 WLS-TV. All Rights Reserved.
I-TEAM
How to protect yourself from moving company scams
Oak Park families' bank accounts drained by mysterious withdrawals
CPD cancels all days off to handle possible Memorial Day violence
New car buyers faced with sticker shock, long waits, no guarantees
TOP STORIES
Mayor Lightfoot announces changes to citywide curfew
Alleged Buffalo shooter's prior threat, hospital stay face scrutiny
33 shot, 5 fatally, in weekend violence, Chicago police say
Bloggers team up for Chicago home makeover
Oak Forest HS students raise $1K for daughter of alumni with cancer
Man killed after being shot, run over by car on SW Side, police say
Arby's manager urinated in milkshakes for sexual gratification: police
Show More
Amber Heard tells jury Depp hallucinated at end of marriage
Buttigieg sends $5B to cities for safety as road deaths soar
Boy, 14, killed in north suburban shooting, police say
Shooter fired 50 rounds in Buffalo supermarket attack: Police
McDonald's leaving Russia altogether amid Russia-Ukraine war
More TOP STORIES News