Producer Will Packer shakes up the Oscars with 3 hosts, 3 styles of music, and lots of fun 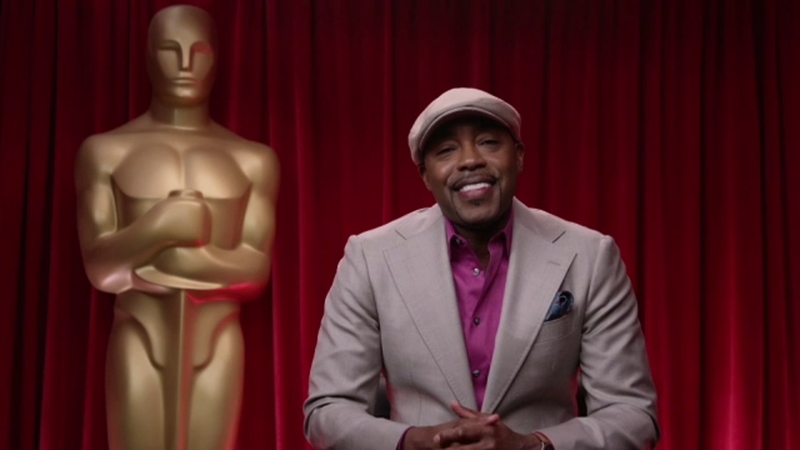 NEW YORK -- It takes a huge team of people to make Hollywood's biggest night possible, but producer Will Packer is leading the way.

"Listen, it's go time," Packer said. "I've been working on this for quite some time so I'm excited. I'm ready. Sunday can't get here soon enough!"

He says that in his opinion, the Oscars are coming up at the perfect time to provide some lighthearted fun and entertainment to the world.

"You know, it's been a long two years. The last two years have felt like 20 and we still have such a difficult and tumultuous time in the world on the global stage right now," Packer said. "I think that what we want to do is keep the tone upbeat and celebratory because we do need a release."

"They guide us through the night, they help to shape the narrative and the story that we are telling, which is this is the night when movie lovers all around the world can unite," Packer said.

And if three hosts aren't enough, how about three different musical accompaniments for the evening?

"So we start off with the amazing DJ D-nice, and then we go to our All-Star band which you just mentioned, and I can't wait for people to see how they are going to move and groove on our Oscar stage," he said, "And then we have got an amazing orchestra so we got our orchestral, a little more traditional, but it's all going to be mixed up and funky. I wanted something that gave us a great soundtrack."

This movie producer of dozens of films says he's producing the show just as he would a movie!

"I look at this Oscars like a movie and I needed some powerful, talented people to give me an amazing soundtrack and that's what we got," Packer said.

Yet, with the amount of time and workload, it's not quite the same.

"You know, I've produced a lot of movies, this is like producing 10 movies at once," he said.

Packer said his focus is on comedy and entertainment and not necessarily just on the 10 nominated movies like the Oscars of the past.

"It's not a show that is just about Hollywood this year, it's not even just about the nominated movies this year. This year it's a celebration of all types of movies. This is a celebration of people who just love movies," Packer said. "Because movies ultimately, they make us feel things, they bring us together, they make us inspired, I love that this is going to be a show for movie lovers of all types and all stripes."

There's one thing he knows for sure, the people in the audience and at home around the world will be entertained.

"Here's the thing a Will Packer produced Oscars may be a lot of things but it's not going to be boring! That much I can assure you, it's going to be a good time!" he said.

Mark your calendar: March 27 is Oscar Sunday. Special "On The Red Carpet" coverage begins at 1 p.m. ET 10 a.m. PT and continues all day leading up to the 94th Academy Awards ceremony. After the last award is handed out, stay with "On The Red Carpet" for continuing coverage. Be sure to follow @OnTheRedCarpet on Facebook, Twitter, Instagram and TikTok for all your Oscar news and information. Click here to download our CTV apps to watch "On The Red Carpet" wherever you stream.

THIS. IS. GOING. TO. BE. EPIC!!! I can FINALLY reveal our performers for the OSCARS this year! See you Sunday! Don’t be late 😏 #Oscars THIS Sunday 8pE/5p on ABC! pic.twitter.com/n9LPvjJirQ