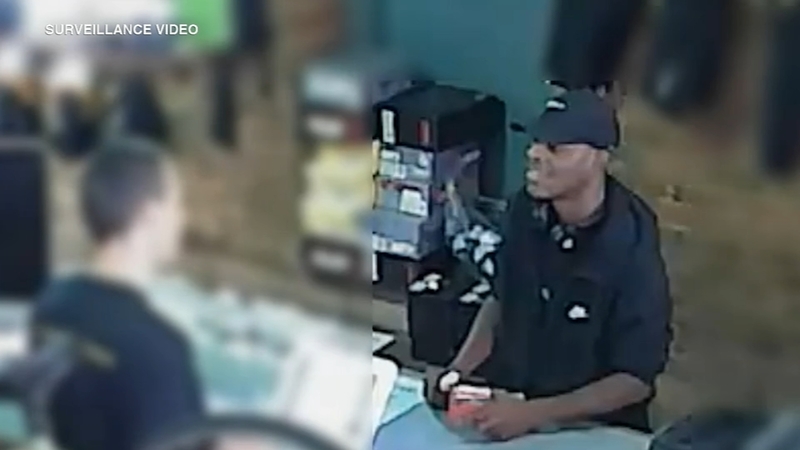 CHICAGO (WLS) -- Chicago police are studying new surveillance video of a man wanted in the shooting a woman in the Fulton River District.

The owners of the bicycle store said the suspected shooter came in to get a flat tire fixed at around 11:05 a.m. Wednesday and video shows the suspect walk his electric bicycle into the shop.

He's got a flat tire and seems to want to do much of the repair himself. At one point, he grabs a paper towel and wipes away sweat.

Later, he turns to the camera as he reaches for a sip of his drink.

It appears to be the same cup or bottle, strapped to his backpack, as he heads towards Milwaukee Avenue in the Fulton River District, where moments later, police said he fired a single bullet into the 28-year-old woman's back as she walked with co-workers to lunch.

Police said Friday that the man in the video is considered the prime suspect in the shooting.

Workers at the bike shop described the man as calm, chatty and even smiling as he paid with cash. So what changed in only a matter of minutes? Witnesses said the gunman didn't say anything before he opened fire.

The motive for the shooting remains unclear. Police have found no history of trouble in the victim's personal history and say it's even less likely the shooting is workplace related. She works in HR at a nearby financial firm.