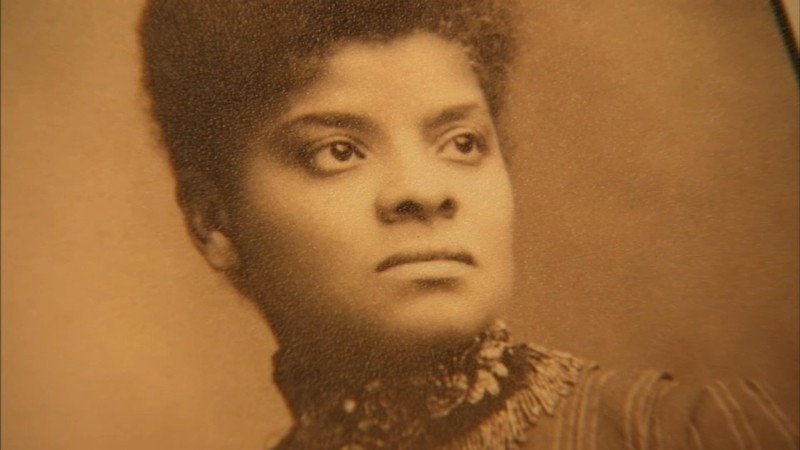 CHICAGO (WLS) -- Ida B. Wells was a well-known journalist and activist in the late 19th and early 20th centuries.

"A legacy of my great grandmother is one of speaking truth to power and using her voice through journalism as a form of activism in order to challenge the status quo," said Duster, who has authored books on Wells.

Wells spoke out against lynching and segregation. She was one of the founders of the NAACP. Wells became inactive in the organization a few years later because she was viewed as too radical.

"She had an awful lot of achievements in her life. And she was a trailblazer. And she was a pioneer, and she's this now historical icon. But she also had very low moments and a lot of situations where she felt frustrated," she said.

Wells moved to Chicago in the 1890s. She lived in the Bronzeville neighborhood.

According to the Ida B. Wells Foundation, Wells created one of the first kindergartens for Black children in Chicago.

"Her lifespan was 68 years. And she spent 35 of those years in Chicago. She was just very involved in the community, worked on a citywide, statewide and national level," Duster said.

She died on March 25, 1931. Duster has made it her mission to make sure her great grandmother's contributions are not forgotten.