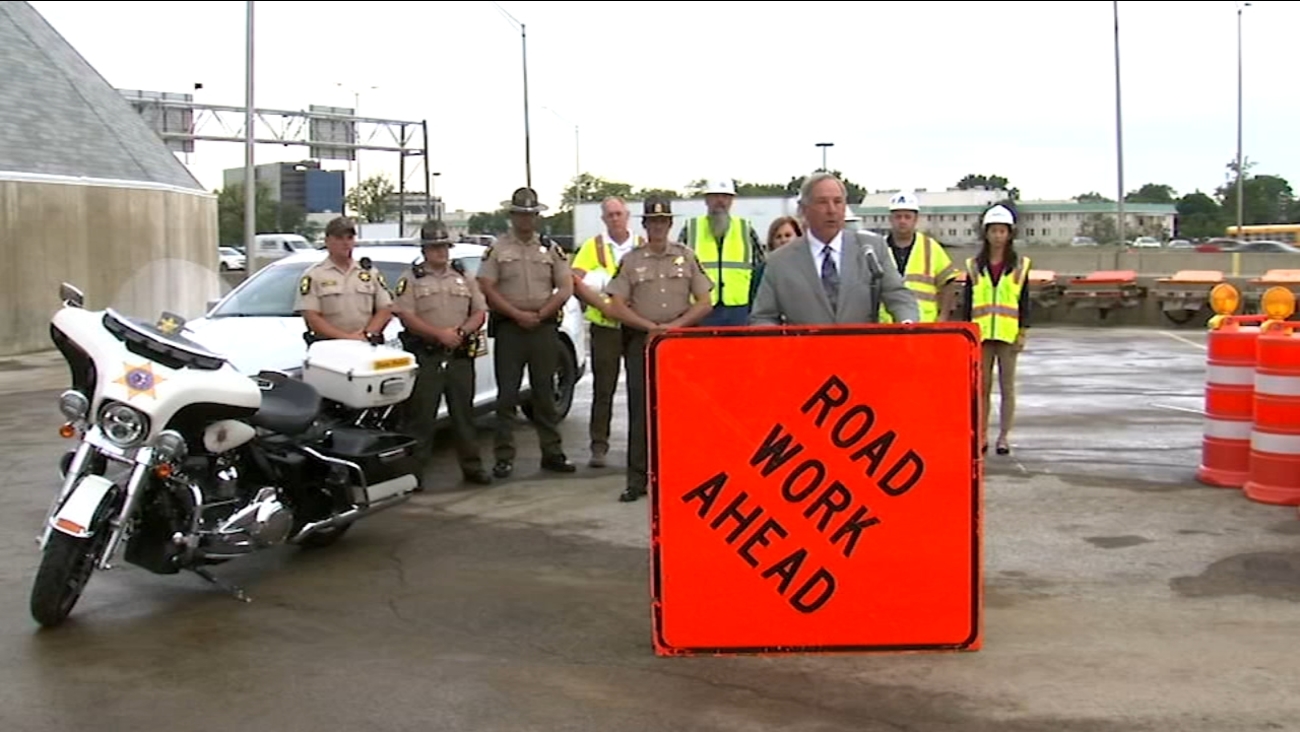 DES PLAINES, Ill. (WLS) -- Slow down - that's the message from the Illinois State Police after a construction worker was killed in a construction zone.

The work zone was supposed to keep construction worker Frank Caputo safe. Instead he was killed last Friday by a driver who crashed through the barricades on the Tri-State Tollway near mile post 41.

Now police and the Illinois Tollway are asking other drivers to report unsafe driving.

Mike Wiater was working in a nearby construction zone along I-294 Friday when a different vehicle almost hit him.

"We all feel very lucky to be standing here right now because we were very close to getting hit, too," said Mike Wiater, a civil engineer with Omega.

The 59-year-old father of three worked as a construction flagger. A witness captured cellphone video of the aftermath.

"His death is a terrible tragedy and it didn't have to happen," said Illinois Tollway Board Chairman Bob Schillerstrom.

State police said the offending driver's vehicle has been seized and the driver was hospitalized for minor injuries.

Investigators are in the process of getting search warrants to obtain more evidence.

State police said it's too early to say if the driver was impaired.

"Unfortunately this is all too common and nothing new," said Illinois Tollway Executive Director Liz Gorman.

Now the tollway and state police are calling on drivers not only to slow down for work zones, but to report drivers who are putting their lives, the lives of other drivers and the safety of road workers at risk.

"We need those responsible drivers who are sitting in work zones to report those who go around barriers and ignore lane restrictions," Schillerstrom said.