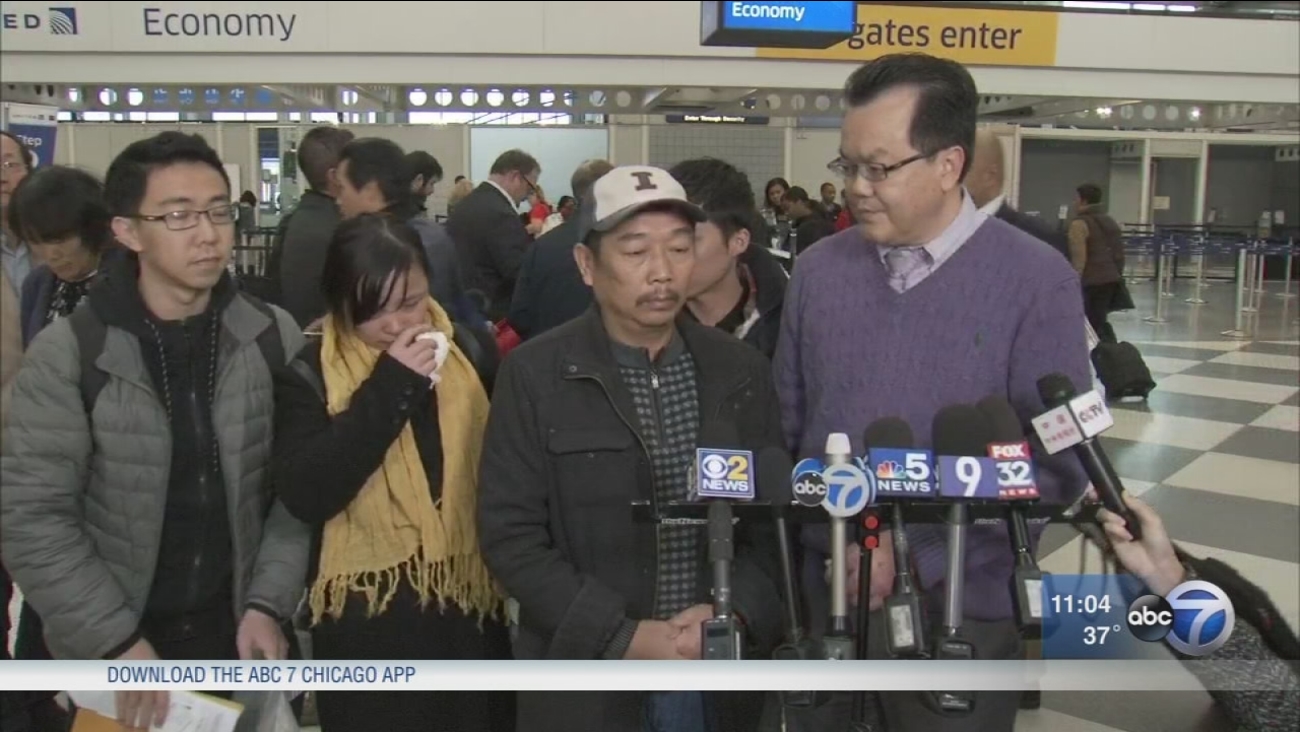 The family of a missing scholar at the University of Illinois is heading home Monday without their daughter. (WLS)

CHICAGO (WLS) -- The family of a missing scholar at the University of Illinois is heading home Monday without their daughter.

It's been more than four months since Yingying Zhang disappeared at the University of Illinois. Zhang's family came here after she vanished, hoping she'd be found alive. She hasn't. Now, they head back to China with heavy hearts.

"Dead or alive, we just want to find her and bring her home," said Xiaolin Hou, the victim's boyfriend..

Visiting Chinese scholar Zhang missed a bus for an appointment on June 9. Police said video shows another student, Brendt Christensen picking her up. That was the last time anyone saw her.

After an investigation, 28-year-old Christensen was charged with kidnapping resulting in death along with two counts of lying to the FBI. He pleaded not guilty and remains behind bars.

Zhang's family and friends say they are frustrated Zhang has not been found.

Zhang's father said through a translator that they were very disappointed they could not bring their daughter home.

They have no choice now but to head back home to China. Zhang's mother's health is failing, and the expenses are piling up for them here in America. The family says this does not mean they are giving up on the fight to find her.

Now, the family heads back to China and try and live a life without their daughter.

The family assures they will be back if anything breaks in this case, and for the start of Christensen's trial. They say they will never give up hope of finding her.
Report a correction or typo
Related topics:
chicagoo'hareillinoischampaign urbanamissing womanuniversity of illinois
Copyright © 2022 WLS-TV. All Rights Reserved.
TOP STORIES
CPS teacher killed in murder-suicide was active in violence prevention
Longtime Lombard couple spends final days together battling COVID
CPD shoot, critically injure man in Lower Wacker shooting; 2 arrested
Truck slides off Indiana tollway, leaving trailer dangling from bridge
2 charged with murder of 8-year-old girl in Little Village: CPD
2 semis crash on Dan Ryan; Driver seriously injured
FBI: QR code scams on the rise
Show More
4 steps to take before Fed raises interest rates
What to know about the judge viewed as Biden's top Supreme Court pick
World remembers Holocaust as antisemitism rises in pandemic
More Chicago, suburban testing centers under investigation
Man released from prison after twin brother confesses to murder
More TOP STORIES News