Winter Outlook 2020: How cold, snowy will Chicago weather be this year?

WLS
By Larry Mowry, Cheryl Scott and ABC7 Chicago Digital Team
CHICAGO (WLS) -- Whether you enjoy colder weather and snow or not, winter is almost here! The big question.... What type of winter will we see this year?

Let's start with a look at last year. Last year we had 34.8" of snow. An average winter sees 36.3 inches, so we were right around average last year. 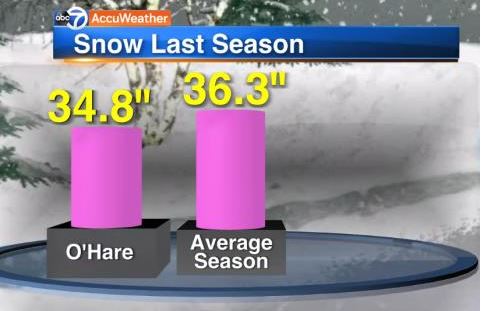 But the average winter temperature was 5 degrees above average. And last winter was the 14th warmest winter on record.

If you remember last year, our season came roaring in with an early-season Halloween snowfall. Remember the kids trekking through the snow in their Halloween costumes? Midwinter remained fairly quiet and then late season snow piled up again in April. 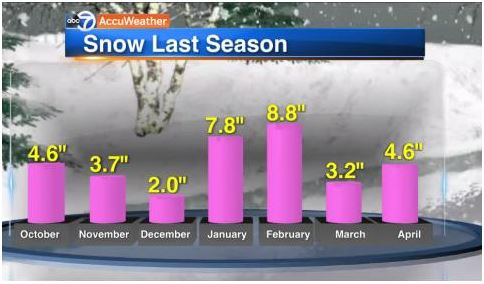 Last year by this date, we had seen 8.3" of snow. So far this season, just under an inch. But we are looking at a more active pattern over the next few months.

So what factors do we look at to help forecast the winter?

WATCH: What is La Nina?

La Nina's happen when the waters in the Central Pacific Ocean start to cool. This cooling process can impact the weather patterns around the world.

One of the most important factors is what goes on in the Central Pacific Ocean. This winter, a La Nina is developing. La Nina is a cooling of the waters in the central Pacific. When this happens, it influences weather patterns over North America.

With La Ninas, we typically see wetter weather in the Pacific Northwest and dry, warm conditions in the south.

In Chicago and the Midwest, there tend to be large temperature swings. There will be notable cold periods followed by periods of warm weather.

We are all familiar with the term "polar vortex" now after having repeated extreme cold events in recent years. But what is it and will it return this year?

Well, the polar vortex has always been around, but the term has become mainstream.

WATCH: What is the Polar Vortex?

The polar vortex is always present in the Arctic Circle. It is a broad area of low pressure usually contained by the Polar Jet Stream.

Around the Arctic Circle, there is a jetstream, called the Polar Jet Stream. This jet stream is usually pretty constant and keeps the bitterly cold Arctic air bottled up north. But when this jet stream weakens, it starts to buckle. And little pieces of low pressure drift south. When one of those lows drifts far enough south toward the GreatLakeswe experience the extreme cold like we saw in January of 2019 when temperatures got to 25 below zero.

One thing we know about climate change is that the polar jet stream weakens more frequently than in the past. This allows the extremely cold air in the Arctic to move south, so we get these quick shots of extreme cold followed by mild temperatures.

So for this winter, we are most likely to see a few cold spells sandwiched between times of mild weather. 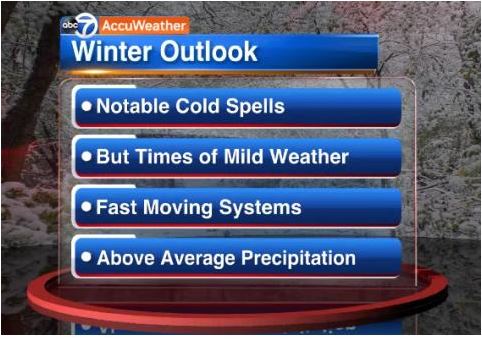 What about snow? That's not as easy to answer. Remember our average snowfall for the year is 36.3 inches. It only takes a couple of big snowstorms to skew that number higher. It all comes down the track of individual storms. And if just right, it can be a big snow producer.

Several storm tracks can bring us heavy snow in Chicago. Here are the different tracks of the storm systems and the impact they have on us.

From the Panhandle Low to the Alberta Clipper, here are the different winter storm systems that bring heavy snow to Chicago.

-Potential for the highest snowfall outside of lake effect

-Heaviest amount axis is broad but intense bands within

-Snow totals can be significant although blizzard conditions are not likely

-One of the more challenging storm tracks to forecast snow totals

-Low pressure that develops in Alberta, Canada and then dives south into the U.S.

-Fast-moving system (slower clippers can produce 6+" of snow, but most are faster moving)

-Snow is usually fluffy and light

-Winds coming in off the lake out of the northeast

-Of all storm systems, lake effect often creates the most intense snow bands

So do we expect to see more storms like that this year?

Here's our snowfall prediction. We are likely to see 35" to 40" of snow which is a few inches more than what we saw last year. 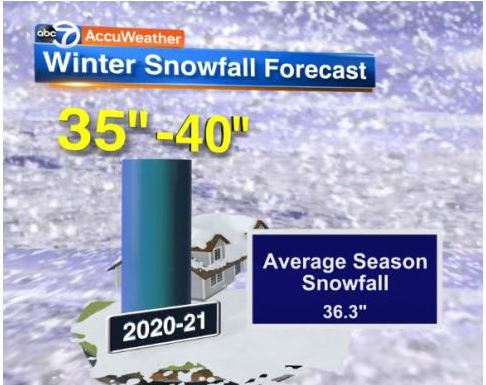