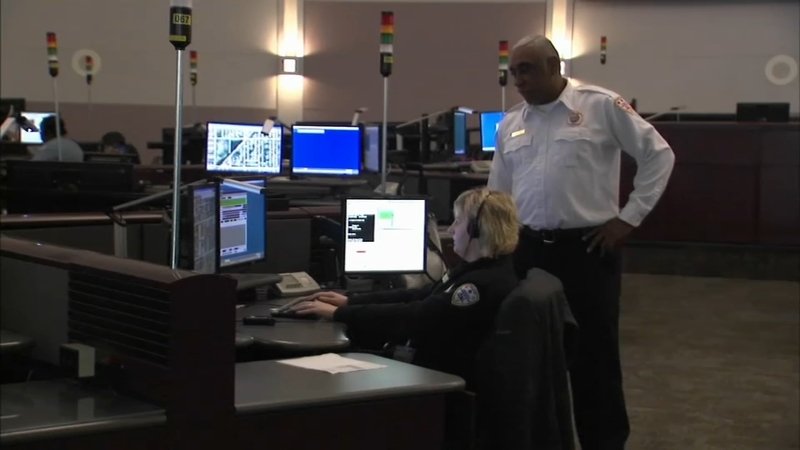 CHICAGO (WLS) -- The COVID-19 pandemic, civil unrest and now the spike in violence have all led to extremely high 911 call volumes in Chicago.

"Been here almost 22 years and I have never seen the number of calls that came in," Amy Lovell, who works for the city's 911 Emergency Communications Center.

Lovell is among the emergency dispatchers answering the phone when someone calls 911. Every day, thousands of phone calls come into the center.

"It is not for the faint of heart, this job," she said.

"We answer the call, process, dispatch, but we are doing so much more," Lovell added. "You cannot fall apart on them. They are counting on us."

According to the city of Chicago, emergency dispatchers received more than 2,000 calls every half hour at the height of the looting and unrest across the city.

"The things I heard during that time, they will stay with me forever," Lovell said.

The unrest hit home for Lovell, who was born and raised in Chicago.

"We work on a team. Police, fire, 911. To see so much hatred toward us during that time when the city was torn apart and yet we still did everything we could to protect our city," Lovell said.

Just over the past two weeks, seven children have been shot and killed in Chicago.

The team is trained to work in high-stress situations, dealing with heartbreak as people call for help during the worst moments of their life.

"We are all affected by children being killed," said Police Communications Operator 1 Monica Miranda. "I just had my sister murdered 4 months ago. It is still an open case, so I had direct dealing with violence."

As Miranda grieves the loss of her own sister, the dispatcher said that each time she picks up the phone, she acts as if it is her own family calling for help.

"We are humans too and we deal with crisis and so many things," Miranda said. "We empathize, we take that info and we are getting the cops there."

Ahead of July 4th weekend, the team stressed the importance of taking care of their mental health.