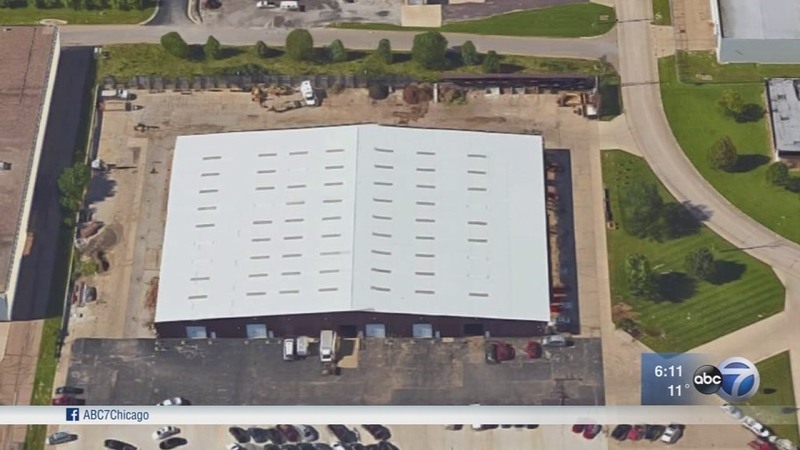 PEORIA, Ill. (WLS) -- Former U.S. Congressman Aaron Schock has been free on bond for two days in the federal corruption case against him.

To get released on Monday, the 35-year-old disgraced politician put up a 50,000-square-foot warehouse in Peoria, in the district he represented in Congress, as personal collateral.

The bond paperwork lists the address as 2124 W. Altorfer Dr.

Schock faces two dozen federal charges alleging he misused public money, lied about it and filed incorrect tax returns. He pleaded not guilty Monday in federal court to charges that he misused government and campaign money for personal use.

Federal prosecutors and Schock's attorney agreed to the property for his bond, to ensure he wouldn't flee while overseas or while in the U.S.

Property records for the address posted by Schock do not list the former congressman, or anyone else by name, as owners.

However, an address listed on the records traces back to Schock's father - Richard, a Peoria doctor.

Monday's 45-minute hearing in Springfield focused mostly on conditions of the bond.

Among the bond conditions set by the judge, Schock had to surrender his passport upon each return to the U.S. and give up his Illinois gun owner's ID card.

Schock father and attorneys did not immediately return phone calls from the I-Team.