Scandal in the Sky: Federal air marshals dialing for prostitutes 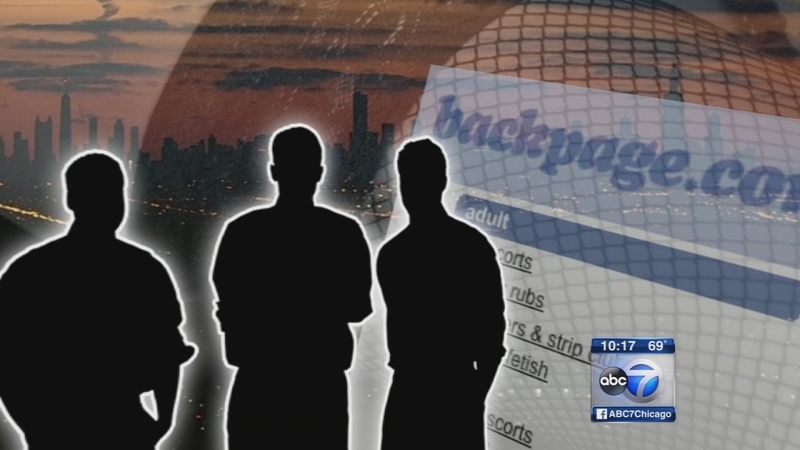 CHICAGO (WLS) -- There's turbulence at the Federal Air Marshals headquarters in Chicago amid a scandal involving prostitutes and some of the armed officers who fly to protect air travelers.

Members of a congressional committee will be briefed on this case in Washington on Thursday.

The I-Team has details of these three federal air marshals working out of the Chicago field office, suspended after authorities say the men were contacting prostitutes while on-duty, using phones provided by taxpayers and compromising the public they are paid to protect.

"You basically had people who were using their time as a federal air marshal, using federal assets for their own salacious personal gains that involved potential pornography - acting as if they were filming pornography shows and using their federal assets, their badge and their access on planes to do some things that they should not have been doing," said Rep. Jason Chaffetz, R-Utah.

A former federal air marshal tells the I-Team that three marshals in Chicago were found to have been involved with prostitutes and using their government-issued cellphones while on-duty to set up the meetings.

All three men were put on unpaid leave. One of the three marshals resigned.

"They have got to get a grip on this because these people are entrusted with weapons on planes to protect the public and heaven forbid something happen, they A) have to be on that flight, got to be sober and got to be ready for any instance that arises and some of them have been using this for this for these salacious personal gains that are totally unacceptable," Chaffetz said.

TSA officials, who oversee the Federal Air Marshal Service, said in a statement: "TSA demands the highest standards of integrity and professionalism from its employees. When criminal behavior or misconduct is substantiated, TSA vigorously holds its employees accountable."

Federal sources close to the investigation tell the I-Team that the three Chicago air marshals posed as pornographers looking for women to star in their movies; that they used "Craigslist Backpage Adult Services" to communicate with the women via their government-issued cellphones and then recorded their sexual encounters on the agency cellphones.

An investigation started when supervisors looked into a worker's compensation claim filed by one of the air marshals and confiscated his phone, leading to the two other air marshals in the Chicago office.

The I-Team left numerous messages and sent emails to the three air marshals. They have not responded.

Congressman Chaffetz says the investigation has spread beyond Chicago.

Since its inception, the air marshal agency has been plagued with embarrassing charges of misconduct. The ranking member of that house committee, Democrat Elijah Cummings of Maryland, says that it appears the managers of the Chicago air marshal office acted appropriately.

Congressmen Cummings and Chaffetz are both expected to offer some praise for the quick removal of the Chicago marshals Thursday.

Statement from TSA Spokesman Mike England: "TSA demands the highest standards of integrity and professionalism from its employees. When criminal behavior or misconduct is substantiated, TSA vigorously holds its employees accountable. Even though constrained from commenting on an active investigation, we can confirm that two of the employees involved have been placed on an indefinite suspension without pay, and the third employee has resigned from the agency."

Statement from Rep. Elijah Cummings D-Maryland, the ranking member of the House Committee on Oversight and Government Reform: "If these allegations are accurate, they are obviously inappropriate for anyone, let alone air marshals charged with securing our skies. We want to ensure the integrity of the ongoing criminal investigation and administrative actions, so we can't discuss some of the details publicly. Based on the limited information the Committee has obtained to date, it appears so far that managers acted appropriately using existing legal authorities."