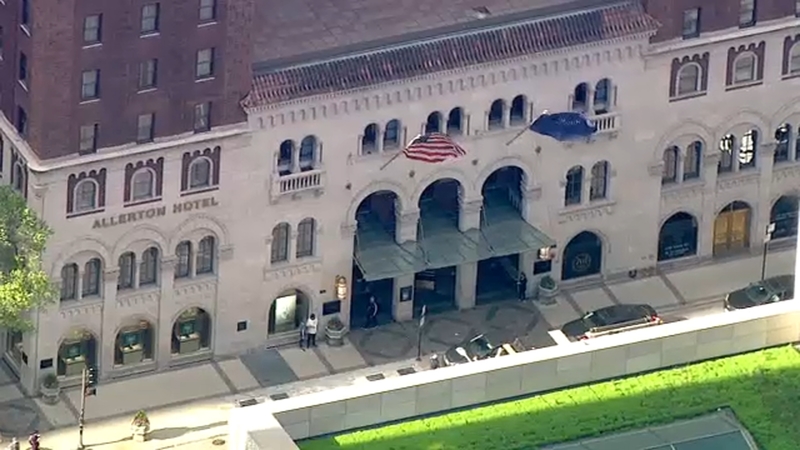 CHICAGO (WLS) -- Police are investigating after two people were shot to death inside a hotel on Chicago's Magnificent Mile Monday afternoon.

Chicago police said a man and woman were each found unresponsive with a single gunshot wound to their head in the Warwick Allerton Hotel around 4:54 p.m.

The female victim was transported to Northwestern Memorial Hospital, where she was pronounced dead, police said. The male victim died at the scene. Their identities have not yet been released.

The discovery prompted a large police presence near Michigan Avenue and Huron Street, including officers with long guns.

Multiple hotel guests said they were never notified by the hotel about the shooting. Messages left for hotel management have not been returned.

"It's going to be a restless night," hotel guest Terri Green said. "I'm rattled. I'm rattled, and I want to love Chicago. And I do love it."

"It's a beautiful hotel, a beautiful location," hotel guest Abdi Shayesteh said. "I specifically picked this out so I can really explore a great part of the city, and it's sad to hear this happened."