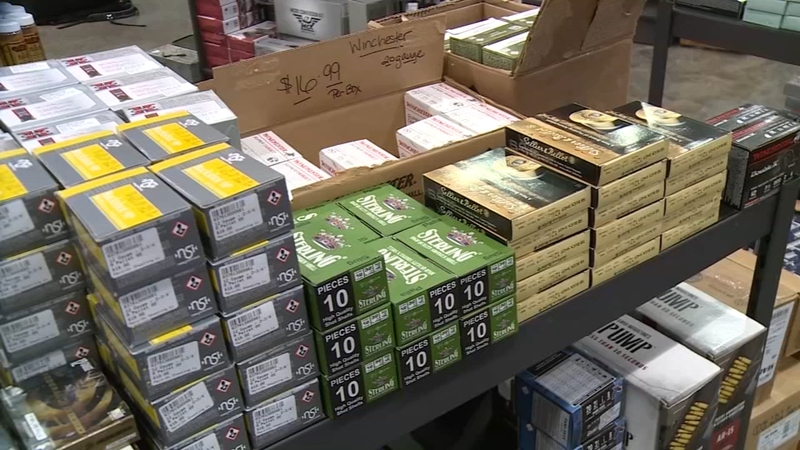 LAKE HALLIE, Wis. -- Deer hunting season in Wisconsin has arrived, but this year hunters may have a hard time finding ammo.

"It's terrible; it's just like car dealers trying to sell cars with no tires," said Dan Marcon, owner of Marc-on Shooting in Wisconsin.

He said his business has felt the squeeze of the gun ammunition shortage.

"I've been in the sporting industry, sporting goods industry, since I was 12, you know; I was hunting from northern Wisconsin since I was 12-years-old, and I've never seen ammunition this scarce, ever," Marcon said.

Marcon contacts 12 vendors every day. He said the supply just can't keep up with the demand.

He said just like many other products, supply chain issues and shipping has affected ammo.

"The problem is we've lost one manufacturer in the United States already, Remington, we lost this past year in 2021. Hodgdon is a powder manufacturer; I was just informed in the last couple weeks that they're no longer in business, so they're a powder supplier. All the primers come from different places. There's only five manufactures of primer, only two manufactures of glue," Marcon said.

"The average price is going up six to seven, nine bucks a box for basic hunting ammunition, my cost," he said.

And Marcon said it doesn't look like the shortage is getting any better.

"Handgun ammunition is supposed to be coming scarce again this winter, we're told from our suppliers," he added.

Marcon suggests not waiting until you need ammo for hunting or other seasons.

"It's been drilled into our systems over the past years that you buy ammo in September, October, November for your hunt in November. Now you have to buy it January, February and put it away," he said.