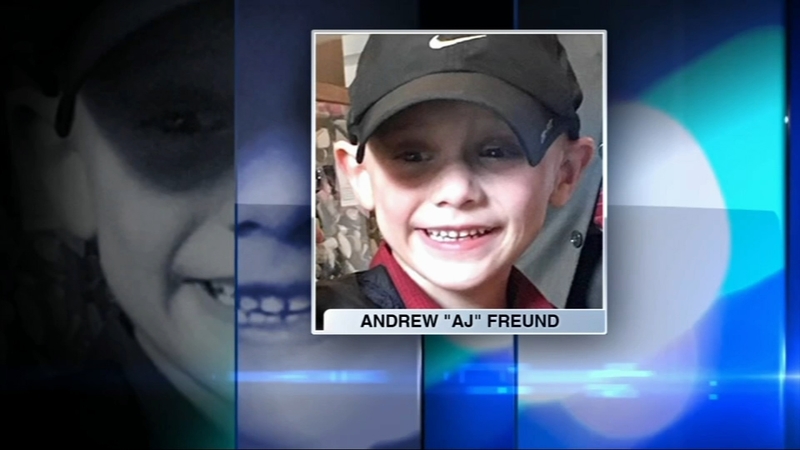 CRYSTAL LAKE, Ill. (WLS) -- A 5-year-old Crystal Lake boy last seen on Wednesday night remains missing, and police said Friday that they are focusing their investigation on the boy's home.

On Thursday, police went in and around 5-year-old Andrew "AJ" Freund's home in Crystal Lake on Dole Avenue. The FBI also joined the search.

AJ's mother, Joanne Cunningham, appeared outside the home with her attorney George Kililis Friday afternoon for a brief press conference. Cunningham did not speak, but Kililis asserted her innocence and said she was not involved in AJ's disappearance. He said evidence of the search in the house was distressing for her, so she would be staying with a friend for a couple days.
Kililis said Cunningham cooperated fully with police Thursday following the initial report of her son's disappearance until he got the impression she was considered a suspect, at which time he said he advised her to exercise her right to remain silent.

When asked, Crystal Lake police would not say if the boy's parents are considered suspects in the case, but did say based off information they've received investigators have now centered their attention on his home.
One neighbor said she couldn't sleep Thursday night.