wls
By ABC7
April 24, 2009 (BAGHDAD) The spike in attacks since March suggest suspected Sunni insurgents are still capable of striking back hard and recruiting fighters even as the Pentagon increasingly shifts its attention to Afghanistan.

The violence also bring wider questions about the ability of Iraqi security forces to control a resilient insurgency led by al-Qaida in Iraq and how that could influence the U.S. military withdrawal timetable -- the next step calls for American forces to leave bases inside cities by the end of June.

In Washington, the top U.S. military commander for the region, Gen. David Petraeus, told a House panel that attacks in Iraq will persist for some time. He said some of the recent suicide bombers may be linked to a network of militants from Tunisia brought in to replace dwindling ranks of Iraqis willing to carry out such attacks.

Petraeus cited some successes in Iraq but cautioned that progress continues to be fragile and reversible.

Overall violence around Iraq is significantly below the levels in past years. Yet the tally since March appears to reflect a new push by Sunni insurgents.

There's been more than a dozen significant bombings or suicide attacks in the past two months, including a series of five blasts in four hours in Baghdad on April 6 that left 37 people dead. On Friday, at least 60 worshippers were killed in twin suicide bombings at Baghdad's most important Shiite shrine. A day earlier -- the bloodiest single day in Iraq in more than a year -- at least 88 people died in suicide blasts in central Baghdad and at a restaurant filled with Iranian pilgrims north of the capital.

The aftermath of the blasts Friday were scenes that many in Baghdad had hoped would never return on this scale: deep pools of blood, dozens of limp bodies scattered in the dirt and crumpled against walls, survivors wailing and many of the estimated 125 wounded crying for help. "It is just like a massacre took place," said Laith Ali, 35, who owns a shop near the shrine in northern Baghdad.

"Where are the security precautions that the security officials are talking about?" he asked. April is already the deadliest month in Iraq this year with at least 349 Iraqis killed in war-related violence. Suicide bombings -- about half the deaths this month -- have not taken such a toll on the Iraqi population since February 2008.

Casualties have been increasing since January, which had been the least deadly month for Iraqis since The Associated Press began keeping track in May 2005.

However, war-related deaths remain well below levels of a year ago. A total of 1,276 people died violently in March 2008, compared with 335 killed last month.

Colin Kahl, the Pentagon's top Middle East policy adviser, said there are current signs of the "wheels coming off" the security situation in Iraq.

"I don't think we're seeing a lot of assessments at the moment from either the military or other assessments to suggest that it's very likely that there will be any return to the darkest days of late 2006, early 2007," said Kahl, a deputy assistant defense secretary, in an interview Wednesday with the AP.

But the attacks in Baghdad take a special toll. Security in the capital is essential to keep Iraq's government functioning and project some sense of stability. Residents also had slowly started to gain confidence that the worst days could be over as they watched stores reopen and crews dismantle some concrete blast barriers.

"To prove that (the insurgents) are still alive ... they need to continue orchestrating attacks in the center (of Baghdad)," said Farhana Ali, a regional policy specialist and former U.S. government counterterrorism analyst. "We've now seen a spate of attacks to the prove the lethality of al-Qaida in Iraq."

In March, the insurgent umbrella group believed linked to al-Qaida, the Islamic State of Iraq, announced a new offensive called "Good Harvest" after denouncing what it claimed was an alliance between the West and mostly Shiite Iran.

Assessing the strategies and strength of Iraq's insurgency is notoriously difficult. Various factions, including al-Qaida in Iraq, are believed to wage attacks, and any level of coordination is unclear.

Yet the timing and locations of the attacks -- especially key sites in Baghdad -- draw links to the Pentagon's plans to hand over most urban security roles in about three months. It's the first phase toward the goal of a complete exit of forces by the end of 2011.

U.S. officials insist they are still committed to the June 30 deadline to move all forces outside major cities, including Baghdad. But the top U.S. commander in Iraq, Gen. Raymond Odierno, said earlier this month that American troops could "maintain a presence" in some cities if requested by Iraq's government.

The most likely location is the northern city of Mosul, considered one of the last bases for Sunni insurgents. Another possibility could be remaining in Baqouba, the capital of the Diyala province where U.S. combat forces are still fighting running battles with insurgents.

Diyala also runs right to the doorstep of Baghdad, and the security of the capital cannot be assured without a firm clampdown in and around Baqouba.

"The insurgents are trying to send a message," said John Pike, director of GlobalSecurity.org, which follows security and defense issues. "Every month that went by without a major crisis is another month that they appear to be marginalized. They are telling everyone: `The Americans are pulling back and the Iraq security forces are going to have deal with us now."'

That will remain the question as the U.S. military increasingly steps to the sidelines.

Prime Minister Nouri al-Maliki ordered a military task force to investigate the Friday bombings at the Shiite shrine and ordered commanders responsible for security in the area to be relieved of duty during the probe, said military spokesman Maj. Gen. Qassim al-Moussawi.

But Iraqi forces -- dominated by Shiites -- will be asked for much more than guard duty on specific sites. Full-scale security efforts will fall on their shoulders, including Sunni areas where al-Qaida in Iraq and other insurgents are able to maintain footholds.

Al-Maliki's government has promised to open thousands of police and military jobs to Sunni tribal militiamen who rose up against insurgents in one of the critical turning-points of the war. But the government has been accused by Sunnis of dragging its feet on integrating the tribal fighters, now widely called Sons of Iraq.

"Without accelerating this process of bringing in the (Sons of Iraq), Iraqi security forces will be at a serious disadvantage and insurgents could certainly use it to their advantage," said Stephen Biddle, a senior fellow of defense policy at the Council on Foreign Relations.

Austin Long, a researcher in security affairs at the RAND Corp. in Washington, believes the Sunni insurgents will "continue to cause problems in Iraq for several years at a minimum" and predicts an increase in attacks as Iraqi security forces move into front-line roles.

"The question is: Does this increase in violence have a strategic effect?" he said. "If it doesn't spark renewed sectarian violence, the answer is probably no." 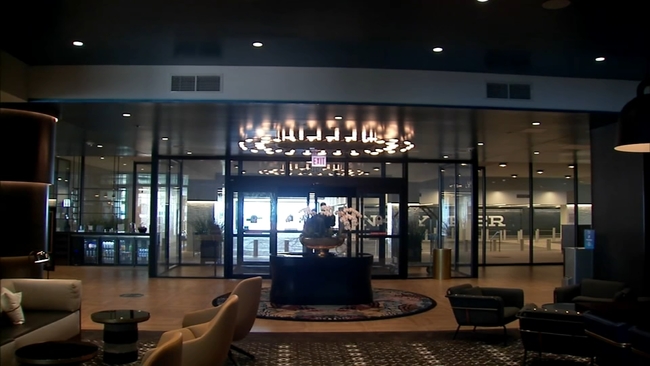