Teen with diabetes vows to pick up Santo's mission

Seventeen-year-old Lauren Hermsen developed a close bond with Santo after she was diagnosed with type-1 diabetes. ABC7's Evelyn Holmes reports she will not let the inspiration she received from Santo go away.

"It's going to be a hard day," Lauren said before Friday's visitation.

It was a thought Julie Hermsen shared with her daughter -- as the teen struggles with the realization that man who inspired her to succeed is gone.

"Today is definitely going to be difficult, because it's hard to imagine life without him," said Lauren.

While most knew him only as a Chicago Cubs legend and broadcaster, to Lauren, he would become a friend and mentor. Fate brought him to her to help her battle the disease of diabetes that also afflicted him.

Lauren says he taught her not to let the disease stop her from her dreams.

"I've known him my entire life with diabetes and never have heard him say a negative thing," said Lauren. "I think that that definitely had an affect on how I've dealt with it."

The family first met Ron Santo after Lauren was diagnosed with type-1 diabetes at 2 years old. That's when her grandfather -- who played in a tennis league with the baseball great -- reached out to him for guidance and direction.

Lauren's mother says Santo was particularly supportive when in fifth grade Lauren nearly died from diabetes-related complications after she had her tonsils removed.

Julie Hermsen says so much is owed to Ron Santo in his fight to help find a cure for children with the disease.

"He advanced diabetes research by the millions and millions," said Julie Hermsen, Lauren's mother. "And so where would diabetes be today if Ron Santo weren't involved? I think that's what people should look at."

The Hermsens say Santo remained positive even after he lost both legs to diabetes and never slowed down in his support of the Juvenile Diabetes Research Foundation.

There is still no cure for diabetes. That's the reason why, as she says goodbye, Lauren vows to finish what Ron Santo started.

"He's gone now," said Lauren. "I'm going to keep fighting for him. It's what he would have wanted."

Santo was diagnosed with the disease when he was 18. He said his greatest thrill outside of the Major Leagues was his work toward finding a cure.

Lauren Hermsen says Saturday's gala to raise money for finding a cure will be dedicated to Ron Santo. 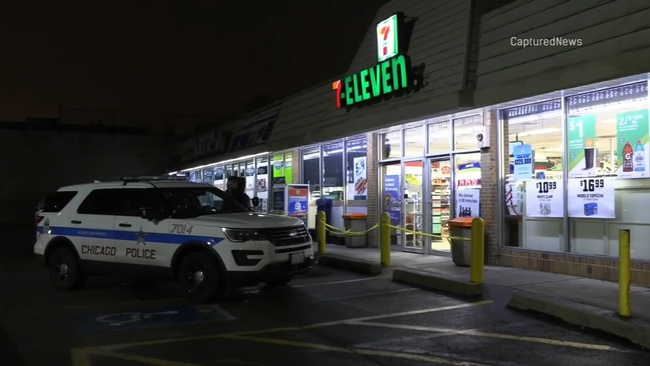