The group of eight major economic powers known as the G8 will hold its annual meeting in Chicago next spring beginning on May 15th. Then the North Atlantic Treaty Organization will convene its annual meeting. It will be the first time NATO and G8 summits have ever been held at the same time in the U.S.

While city officials consider it a point of prestige, activists who have created havoc at previous summits now see Chicago as a two-for-one venue.

The last time an international event in the U.S. caused the kind of unrest that has been forecast for Chicago was the "Battle in Seattle" that occurred during a World Trade organization meeting in 1999. It included flash/bang grenades, tear gas and rubber bullets, and an overnight curfew.

Next May, with President Obama, the leaders of at least 15 other major nations and 2000 dignitaries and diplomats coming here, the tandem G8/NATO meetings in Chicago will be even more of a draw for protesters.

"We're anticipating that G8 is going to challenge us, but at the same time we're very confident that we'll be able to pull it off without any incidents," said Chicago Police Superintendent Garry McCarthy.

Anarchist websites have been heating up radicals for months. A Facebook page entitled "Resist the Chicago GB/NATO summit" features an illustration of violence: a photo of a gas mask describing it as "probably the most useful thing in a peaceful protest" and the salutation "see you in the streets."

This week the head of the Chicago police union, Michael Shield, said in a city club speech that there has been rioting at recent G8 meetings.

"Why on earth are we doing this?" said Shield. "If we struggle to stop 14-year-olds from shooting each other, how prepared are we for professional rioters and agitators in this town?"

Unlike the 1968 Democratic convention, next May when the whole world watches Chicago, it will be the Secret Service and FBI in charge of security; that is because the Chicago summits have been declared a national special security event.

But control of the streets around McCormick Place, the main meeting venue, and around delegate hotels will fall on local police agencies, whose officers are being trained in hostile crowd control and mass arrests, much like the recent Occupy Chicago events.

The I-Team has learned that Illinois State Police are buying at least 50 portable finger-printing devices to be used for the first time during G8 and NATO. The wireless scanners send fingerprints to a law enforcement database and within a minute a suspect's identity and some background information is returned.

"This system can be used anytime you are taking people into custody. We always need to identifying who were dealing with and the quicker we can identify a potential serious threat the better off we are," said Master Sgt. John Rattigan, Illinois State Police.

Late Wednesday, representatives of dozens of activist organizations met at City Hall with Chicago police and said that violence at past G8s has not been the fault of protesters.

"The city hosts have been responsible for if not all the violence certainly the vast majority of the violence," said Andy Thayer, Chicago protest organizer.

G8 activists have been circulating petitions aimed at convincing city officials to issue protest permits, but after Wednesday's meeting, they said police have made no promises.

"We are demanding from the city that they make a commitment for permits within sight and sound of venue to be issued. And we are asking for Police Chief Garry McCarthy to stop threatening us with mass arrests in the media as has been going on since July," said Iosbaker.

Superintendent McCarthy told ABC7 that next may police would take every step possible before making arrests as demonstrators exercise their free speech. It is not clear tonight where the city will allow protesters. During the 1996 Democratic convention they were kept far from delegates.

STATEMENT FROM CHICAGO OFFICE OF EMERGENCY MANAGEMENT AND COMMUNICATIONS

Since the announcement that Chicago would be the host city for G8/NATO, the City has been actively planning for this event with our local, state and federal partners. The City of Chicago is wholly equipped to manage an event of this magnitude. Further, OEMC, the City agency responsible for managing this event, routinely handles large scale event planning and security. As we get closer to this event, the public and the news media will be kept apprised of developments associated with it. We are confident that this event will be a success and will favorably showcase Chicago to the world. 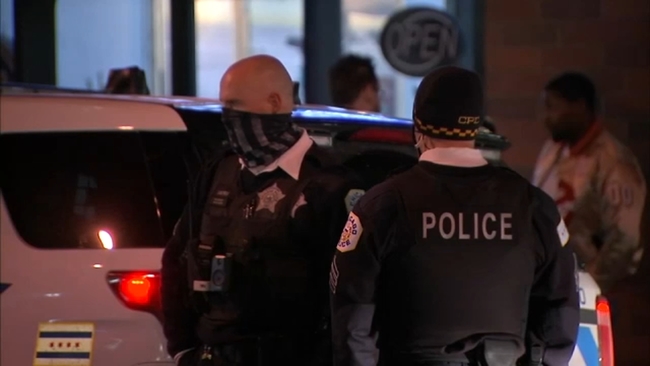