The ABC7 I-Team has learned the Marshal's office in Chicago is under federal investigation for financial issues.

Federal law enforcement sources within the Marshal's office in Chicago tell the I-Team that office finances were such a mess, that Washington sent in a fixer to handle things for five months.

There were no press releases about this, but in a statement to the I-Team Thursday night, the Department of Justice says it is aware of allegations involving the office; the matter is "under review."

ABC7 was told by sources that there are two investigations of the Chicago office underway looking at how taxpayer money was managed: one by the Justice Department's Office of Inspector General and the other by Marshal Service Internal Affairs.

As Chicago deputy marshals worked the streets tracking down wanted fugitives, here at their headquarters in the Loop, administrative operations were unraveling, according to federal sources.

Last fall, an audit of the office and its nearly $30 million Chicago budget turned up serious problems according to sources in the Marshal's office:

Beginning last November, all spending by the Chicago office had to go through D.C headquarters, and Veteran Chief John Whitelock was sent in by officials in Washington to fix the financial mess.

Jody Weis worked for the FBI for 23 years. The former Chicago Police Superintendent and ABC7 public safety consultant says he is floored this could happen in a government office.

"To have all of the financial matters run out of DC, that's the first time I've ever heard of that," said Weis.

Since 1789, the Marshal service has been the pride of federal law enforcement.

U.S. Marshal Darryl McPherson runs the Chicago office. He began his career as a deputy in 1997 and was promoted to senior inspector in 2007; served on the Great Lakes Fugitive Task Force and was the lead deputy protecting Judge Joan Lefko after her husband and mother were murdered. With Senator Dick Durbin's recommendation, McPherson was appointed U.S. Marshal here by President Obama in 2010.

A few weeks into office, one of his deputies, Stephen Linder was accused of punching and choking the father of a fugitive. That case against Linder was dropped in March when U.S. District Judge Virginia Kendall ruled prosecutors were "overly aggressive" by threatening witnesses with prosecution.

In the 109-page ruling, Judge Kendall chastises Marshal McPherson for inappropriately helping the prosecution in the investigation. According to McPherson's own testimony, he called Linder in for a meeting and then took him into another room where two investigators were waiting for him.

"This ruse," writes Kendall, was an effort to catch Linder off guard in hopes he might confess. Kendall said, "The Marshal's role unfortunately had a manipulative effect."

Earlier this month, the Justice Department decided not to appeal.

"It's exceedingly rare to dismiss an indictment on the basis that the government as a whole has interfered with the defense's ability to contact witnesses, that very, very rarely happens," said Reid Schar, former assistant U.S. Attorney, of Jenner & Block.

According to I-Team sources, in March, McPherson and Chief Deputy John O'Malley were summoned to Washington to discuss the office financial problems.

Sources say the investigations into the Marshal's office were underway in May when McPherson received the Illinois Bar Association Law Enforcement Award. He was nominated by then-Chief Judge James Holderman, who wrote: "His dedication to his profession and his community is simply unrivaled."

Holderman and his wife Paula, the bar association president, presented McPherson with the "prestigious award."

After eight months, I-Team sources tell us the Chicago Marshal's office was finally able to take back control of its own finances two weeks ago. But that the office is still under investigation and that isn't finished.

In a statement to the I-Team Thursday night, the Department of Justice acknowleges the allegations are under review.

We asked the Marshals Office, McPherson, the Justice Department Office of Inspector General, the Bar Association, Judge Holderman and his wife to discuss this story. All said no.

US Marshals Museum: History of the federal force 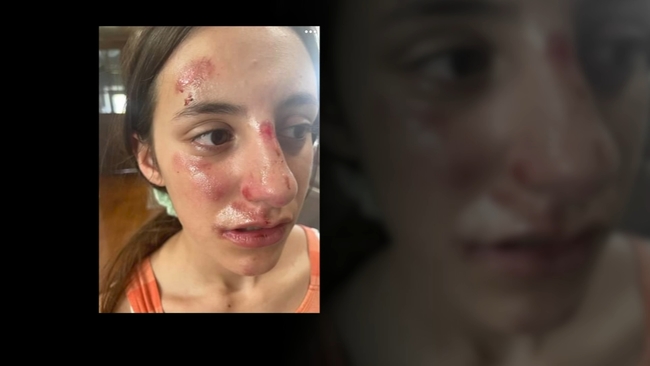 Is a vaccination requirement for Lollapalooza legal?