Arne Duncan says he will not run for Chicago mayor 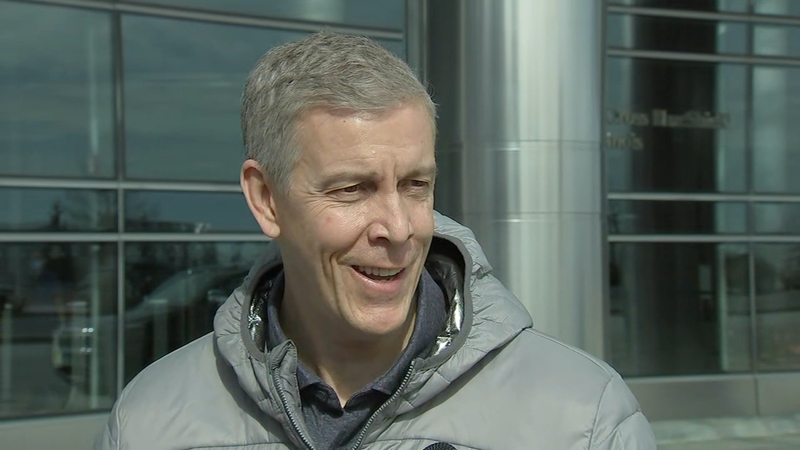 CHICAGO (WLS) -- Former U.S. Education Secretary Arne Duncan said Tuesday that he will not enter the race for Chicago mayor.

Duncan said in a written statement: "I am exactly where I need to be, doing the work I love. I have never been part of a more courageous and committed team. The best way I can serve our city is to stay laser focused on reducing gun violence and stay engaged at our sites, on the streets and in the lives of our participants. After a lot of thought, I have decided I will not be running for mayor, but will work with anyone serious about making our city safer."

Duncan was widely considered in political circles to be a potential candidate who could have posed the most serious challenge to Mayor Lori Lightfoot in next year's election. But not any longer.

"It's absolutely a tough job, and is also a critically important job," Duncan said. "And, you know, potentially I could loved that job. I just love what I'm doing doing right now. I can't walk away from it."

Duncan currently heads Chicago CRED, an organization whose mission is to reduce gun violence in the city. Many in the business community had been courting Duncan to run. Back in January, he sounded like a serious contender. His own internal polling, he said, was encouraging.

"I mean, honestly that the polling was quite strong and it wasn't surprising you know sort of confirmed what we already knew and, frankly, that was a non-factor whether polling was weak or strong, if, if I felt I could do more as mayor, you go for it," Duncan said.

Duncan's decision creates an opening for a potential host of other candidates to run.

State representatives La Shawn Ford and Kam Buckner both said they are interested.

It also perhaps has Mayor Lori Lightfoot breathing a sigh of relief. Although she has not formally announced plans to run for a second term, she is expected to.

"He was her most prominent most formidable opponent at this point in the race," ABC7 political analyst Laura Washington said. "He had relationships with the business community. The ability to raise money, a message and particularly experience around one of the most thorny issues in the city, violence and crime fighting."

Arne Duncan has dedicated himself to public service, and over the arc of his career contributed to our city's well being in important ways. The work he's doing now to build community-based solutions to violence is important, and I look forward to continuing to collaborate with Chicago CRED and the other street outreach and intervention organizations and initiatives across our city. We all agree that the priority is to make sure every resident, regardless of zip code, experiences safe and peaceful neighborhoods, and I will work with all people of good will focused on that objective. We must all work together to combat gang and gun violence, and to continue our work of investing in historically neglected neighborhoods.
Report a correction or typo
Related topics:
politicschicagolooplori lightfootchicago crimechicago violenceelectionchicago police department
Copyright © 2022 WLS-TV. All Rights Reserved.
ELECTION
Illinois Primary Election: Meet the candidates
Illinois suit targets post-election count of mail ballots
Republican candidates for Illinois governor face off in 2 forums
CTU elects Stacy Davis Gates as new president
TOP STORIES
Official admits police made 'wrong decision' in TX shooting
Shocking video shows gunmen firing dozens of shots near Cabrini Green
Mother accused of killing daughter over 'taking her dad's side': cops
3 shot on West Side, Chicago police say
Police reveal cause of death for boy found in suitcase
Woman killed in SW Side hit-and-run while crossing street ID'd: ME
Pickup truck barrels through Downers Grove home, leaving 2 hurt
Show More
Texas school shooting victim has family ties to Chicago area
Texas survivor apologized to dad for blood on clothes, losing glasses
Naperville man charged with drug-induced homicide in overdose death
Uvalde school police chief faulted in shooting response
3 charged in Skokie murder, attempted murder of 2 young boys
More TOP STORIES News