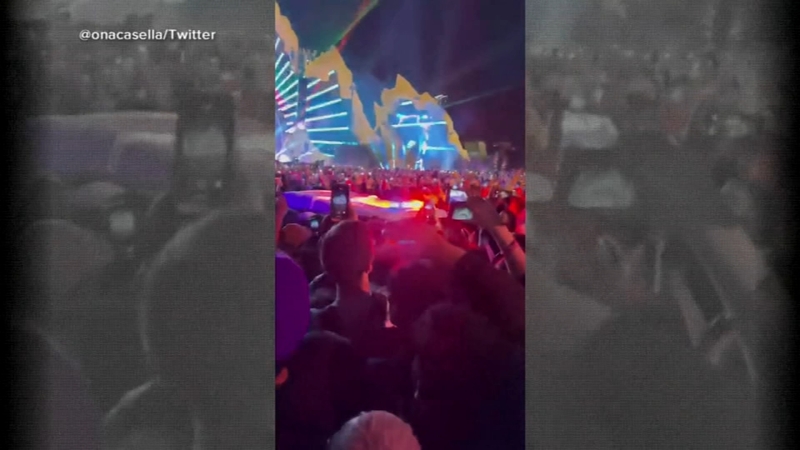 HOUSTON (WLS) -- A University of Dayton student from west suburban Naperville was killed at the Astroworld music festival in Houston on Friday.

In a statement Saturday, the university said Franco Patiño, 21, was a senior majoring in mechanical engineering technology with a minor in human movement biomechanics.

Patiño was also a member of Alpha Psi Lambda, a Hispanic interest fraternity.

The fraternity executive board released the following statement:

"Familia, it is with a very heavy heart, Alpha Psi Lambda National, Inc. shares that our brother, Franco "Cuauhocelotl" Patiño, has passed on to Omega Chapter. Franco joined Alpha Psi Lambda at Alpha Nu Chapter (University of Dayton) in the Spring of 2020 with Los Unidos.
"On behalf of Alpha Psi Lambda National Inc., we extend our condolences to his family, friends, Alpha Nu Chapter and all that share in this loss. May his memory be eternal. Information regarding his services are not available at this moment. As we receive this information, we will pass it along."

It is with a very heavy heart, Alpha Psi Lambda shares that our brother, Franco “Cuauhocelotl” Patino, has passed on to Omega Chapter. Franco joined the Alpha Nu Chapter (@univofdayton) in the Spring of 2020 with Los Unidos.#alphapsilambda #omegachapter #familia #inmemoryof pic.twitter.com/94V4D1sK5B

Patiño was also a member of the Society of Hispanic Professional Engineers at UD, active in the ETHOS program and was working in an engineering co-op program in Mason, Ohio, according to the university.

An investigation is underway to determine what led up to the chaos at the Texas music festival during a Travis Scott performance, which left eight dead and hundreds injured.

Police have said it's a criminal matter, involving both homicide and narcotics investigators.

Scott was performing when the crowd suddenly started moving toward the stage, crushing people.

An Apple Music stream showed him stopping his performance several times after spotting fans in distress.

"I'm honestly just devastated. I could never imagine anything like this," Scott said in an Instagram video. "I just want to send out prayers to the ones that was lost."

The event organizer canceled the festival's events for Saturday and offered condolences to the families of those who died.

It's not clear what caused the stampede.