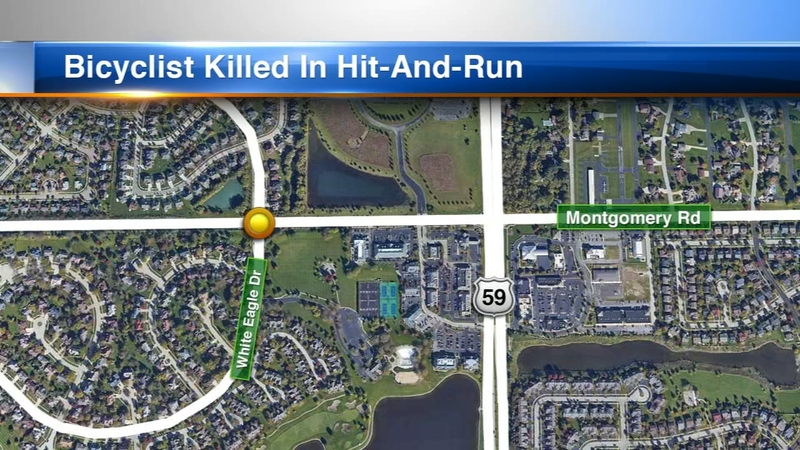 AURORA, Ill. (WLS) -- Aurora police are searching for a vehicle wanted in connection with a deadly hit-and-run crash on the city's east side Saturday night.

Just before 7:30 p.m., emergency officials received reports of a bicyclist who a vehicle had struck near the intersection of Montgomery Road and White Eagle Drive, police said.

Aurora police and firefighters responded and found a man lying in the roadway. Paramedics attempted to perform lifesaving measures, but he was pronounced dead on the scene.

The fatal crash is under investigation. Anyone with information on the incident is asked to call Aurora police at 630-256-5330 or call Crime Stoppers at 630-892-1000 to report information anonymously.

Crime Stoppers is offering cash rewards up to $5,000 for information that leads to an arrest in the incident.

The man killed was not immediately identified.