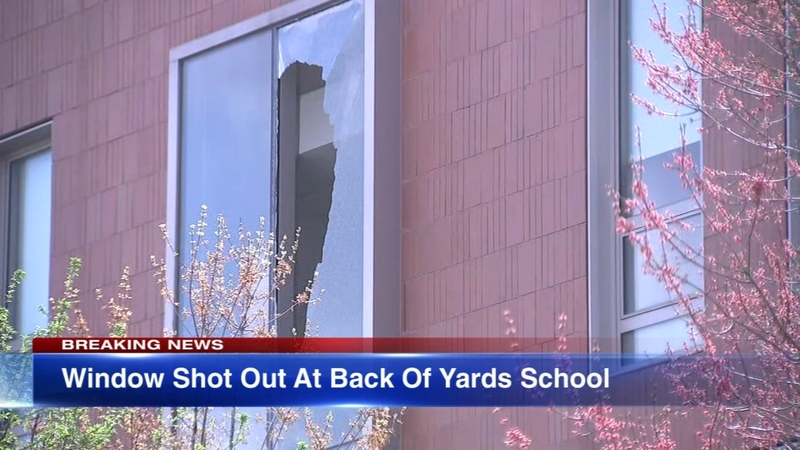 CHICAGO (WLS) -- A person was taken into custody after the window of a Back of the Yards school was shot out Tuesday afternoon, Chicago police said.

Police said around 2 p.m. they responded to calls about shots fired at a school on 47th Street. When they arrived, several large windows had been damaged.

Chicago police said they had received several reports of people shooting at windows of the school for the past few days, but this afternoon there were staff members in the school. No one was injured, CPD said.

Police said they believe the shooting was from one person with a personal issue with the school, and that there is no larger danger to the community. One person was taken into custody at the scene and a BB gun that looks like an assault rifle was also recovered, police said.

No details about the person taken into custody have been released.