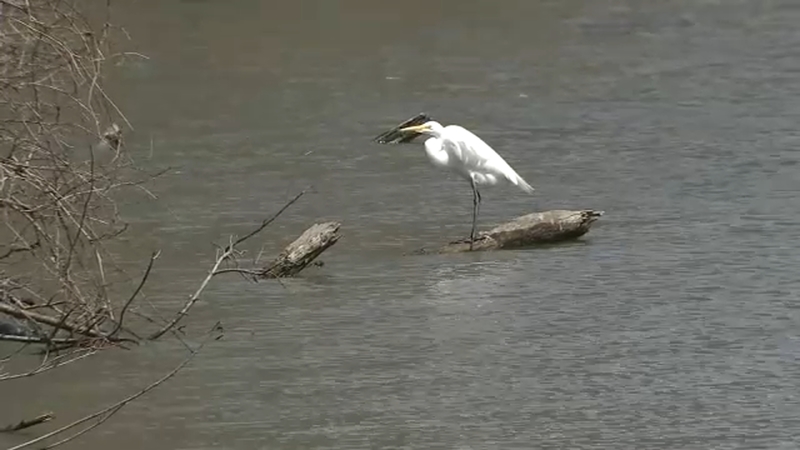 BARRINGTON, Ill. (WLS) -- A deadly illness is sweeping through Baker's Lake near the northwest suburb of Barrington.

Hundreds of birds have been found dead.

It is one of the most popular locations for bird watchers in the Chicago area. That's because Baker's Lake is home to a large population of birds, from pelicans to herons, cormorants and egrets.

A vibrant population filled with hundreds of birds.

But it is a population suddenly in danger from the avian flu - also known as the bird flu -- which has apparently spread quickly in the area, killing an estimated 200 birds so far.

"I think it's incredibly sad. Even more sad because its migration and I hope they don't spread it," said bird watcher Donna Frick.

State and federal officials are trying to contain an outbreak of highly contagious bird flu on the farm.

The lake is owned by the Cook County Forest Preserve. Wildlife biologist Chris Anchor has recovered the remains of many of the dead birds.

"I've never seen an outbreak of this intensity that includes this many birds," Anchor said.

The deadly strain of the avian bird flu has been sweeping across the country and has killed more than 20 million birds in commercial flocks, as it is easily transmissible to birds in close contact.

So far, it's been reported in 24 states, including Illinois. But this is the most serious outbreak reported in the state so far.

"It's a huge attraction. People come by all the time at the viewing area. There are hundreds of birds," said Ryan Julian, who lives nearby.

Biologists are also worried about other birds in the outdoors.

"It would be devastating if this wound up in all the heron rookeries throughout the region," Anchor added.