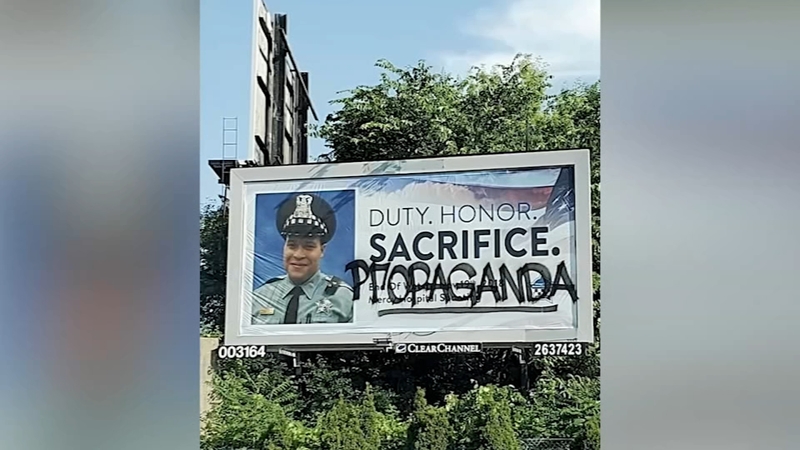 CHICAGO (WLS) -- A billboard to honor late Chicago Police Officer Samuel Jimenez was defaced on the city's Northwest Side.

Within hours of discovering the damage, 45th Ward Alderman Jim Gardiner made sure to get the defaced billboard taken down, city leaders said. It has since been replaced.

Last month, the Chicago Police Memorial Foundation placed 66 billboards throughout the city of Chicago to honor the men and women who serve and protect this city.

In a statement, the Foundation said they were saddened to hear "several of the billboards" had been defaced, including a billboard at LeClaire and Elston that featured Officer Jimenez, a beloved father and husband who died in 2018 responding to a shooting in Mercy Hospital.

41st Ward Ald. Anthony Napolitano said he was heartbroken when he saw the defaced billboard.

"That was the wrong person for you to even come close to writing anything about, because he is the absolute pinnacle of what a police officer should be an actual hero," said Napolitano.