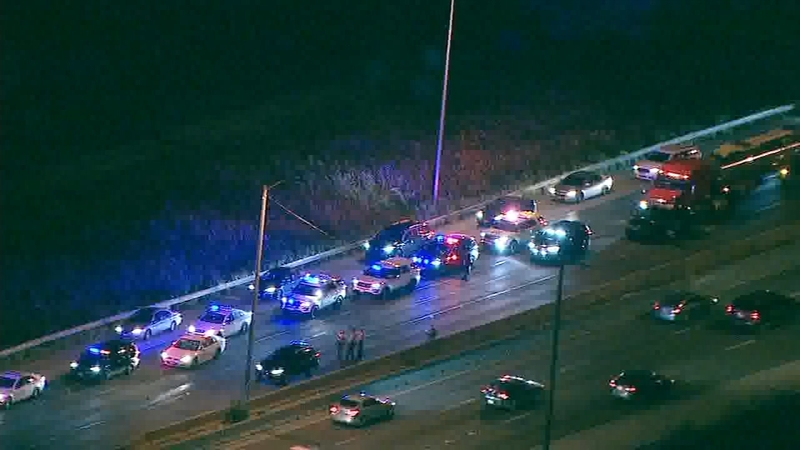 CHICAGO (WLS) -- The inbound lanes of the Bishop Ford Expressway were closed at 130th Street after shots were fired in an incident involving Dolton police near the border of Chicago and Dolton.

The shots were fired from a vehicle being chased by Dolton police, state police said.

ISP also said they were called in to investigate an officer-involved shooting, though they did not clarify whether anyone was struck by gunfire from either the vehicle being chased or the officers.

No Illinois State Police were involved in the chase that led to the shots fired.

Dolton police have not said why they were chasing the vehicle.