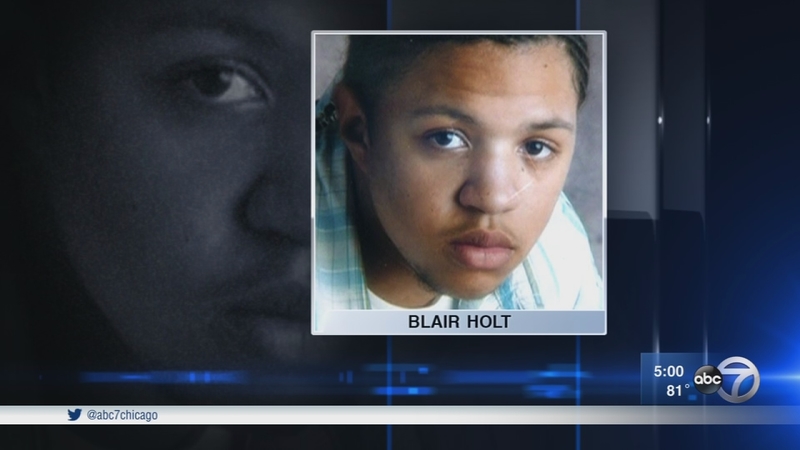 Wounds reopened for parents of teen fatally shot in 2007

CHICAGO (WLS) -- Those grieving a loved sometimes feel re-victimized by the slow pace of justice.

Ron and Annette Holt endured years of court dates after their son was shot and killed on a CTA bus 10 years ago, but were grateful after a conviction and sentencing in 2009.

On Tuesday, they found themselves back in court as their son's convicted killer could get a reduced sentence. It was a familiar place, where they were powerless to the criminal justice system.

The parents of Blair Holt returned for another court appearance by the young man convicted of killing their son. Michael Pace was tried, convicted and sentenced to 100 years in prison.

But under appeal, Pace will get a new sentencing hearing due to the initial judge considering issues outside of evidence presented at trial. The Holt's attended a brief status hearing in anticipation of the re-sentencing.

"It's a slap in the face to us that this young man feels like he should not have to serve out a 100-year sentence," Ron Holt said.

In 2007, Blair Holt was a teenager leaving Julian High School with other students when Pace fired several shots at a rival on a CTA bus. Five students were injured, including Holt, who died from his injuries after he shielded a friend from gun fire.

The Holt's went to every court date during the trial, expecting the painful trips back and forth to court would be over after Pace was sentenced. Instead, here they are again.

"That is overwhelming and appalling to me. I'm very offended and everyone else should be offended by this as well," Holt said.

"What message are we sending out here to all these guns in the communities but we are going to reduce it," Annette Nance-Holt said.

Amid their pain, the Holts are committed to be at any future court appearances so the Pace sees their faces and the damage done.

The Holts will be back for yet another status hearing on September 12. A date for re-sentencing has not been set.