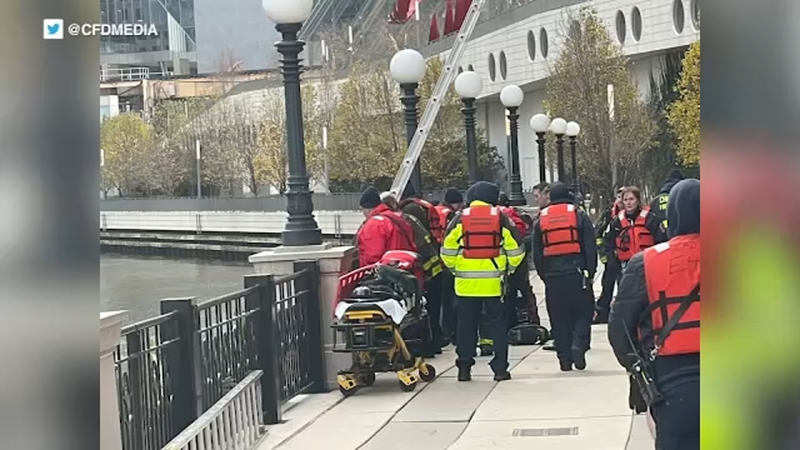 CHICAGO (WLS) -- A man died after he was pulled from the Chicago River Tuesday afternoon in the Loop, a spokeswoman for CPD said.

Chicago emergency officials responded just before noon to the river near Lake Street for a man who likely fell into the river, officials said.

The unidentified man, who was between 35 and 40, was pulled from the water and taken to Northwestern Memorial Hospital in extremely critical condition, where he later died, Chicago police said Wednesday morning.

Divers had dropped into the river from a helicopter near Lake Street and found the man 20 minutes after he was reported missing, fire officials said.

One adult male found by CFD divers near Lake and the River. Victim going to northwestern extremely critical by Ambulance 42. pic.twitter.com/vzSdk6xW67

The temperature in Chicago was around 20 degrees Tuesday morning.

Detectives are conducting a death investigation.