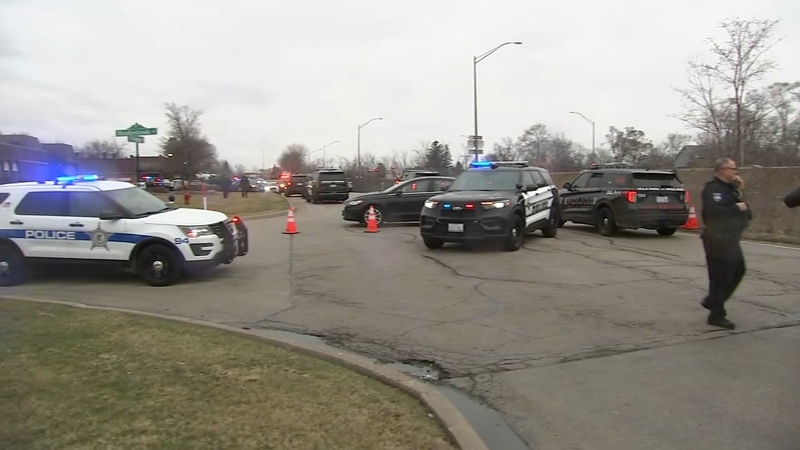 BURR RIDGE, Ill. (WLS) -- A southwest suburban manhunt has come to an end after a shooting near an office center in Burr Ridge left one person dead and another injured Tuesday afternoon.

The incident began with a workplace shooting. Burr Ridge police responded to reports of a shooting at an office park at 16W475 S. Frontage Road around 3 p.m. and found two victims.

Police said one man was shot dead at the scene and a female coworker was injured. Police believe the shooter then fled that location.

Police are withholding the identity of the man who was killed, pending notification of their family. Information on the other victim's condition was not immediately available.

Police said they believe the two victims and the shooter did know each other.

A massive manhunt was launched to find the shooter after he fled the scene. Police said he was later found dead by suicide in the 7900-block of S. Madison Street about a mile and a half to two miles from the original shooting scene.

"We received a 911 call but we had a perimeter set up. He was within our perimeter," said Burr Ridge Police Chief John Madden. "When officers closed in on him, he took his own life by gunshot. He is deceased."

Residents are being asked to avoid the area near 79th and Madison due to the heavy police presence as the investigation continues. Investigators roped off the sprawling crime scene, and cordoned off sections of a nearby frontage road and neighboring parking lots.

Police said they expect to have more updates for the public Wednesday morning.