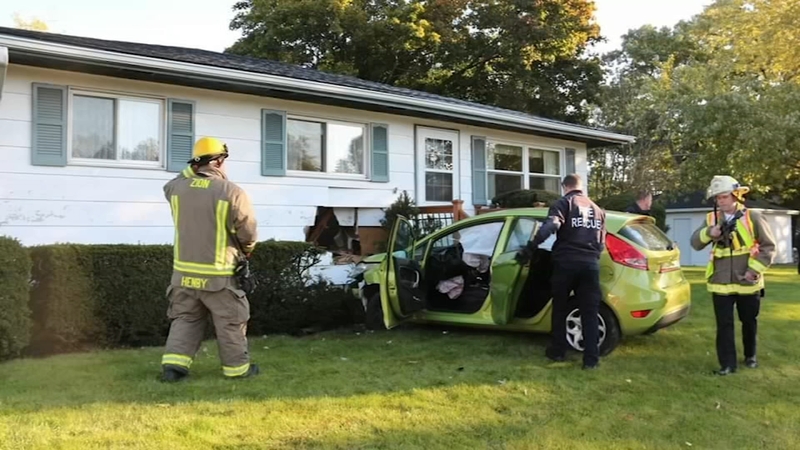 ZION, Ill. (WLS) -- A car crashed into a north suburban family's home last Monday, and it wasn't the first time.

The Beguhns had just finished eating breakfast when a car came crashing into their Zion home on October 14.

"I was just sitting there and all of sudden, it was this crash," said homeowner Marlys Beguhn. "And I knew immediately what it was."

The Beguhns said a car has hit their home before. But the accident last week was caused by a driver who didn't have her eyes on the road.

Caroll Beguhn said, "When she hit the house, I thought it was an electrical explosion because all of the lights went out."

According to the police report, the 31-year-old driver was distracted.

She told police she was reading a text message when she lost control of her Ford Focus.

Now the Beguhns, who are in their 90s, are asking drivers to put down their phones.

"Stop it immediately because you don't know who you are going to kill or hurt," Marlys Beguhn said. "You don't have to do that. Wait until you get somewhere. Pull off somewhere."

The driver also didn't have insurance. Now the Beguhns are left with about $20,000 worth of damage to their home.

Fortunately, they do have insurance.

"It's a terrible experience. Something we didn't ask for and now we have to do the work cleaning this up," Marlys Beguhn said.

The driver was taken to a hospital after the crash. The extent of the woman's injuries remain unclear.