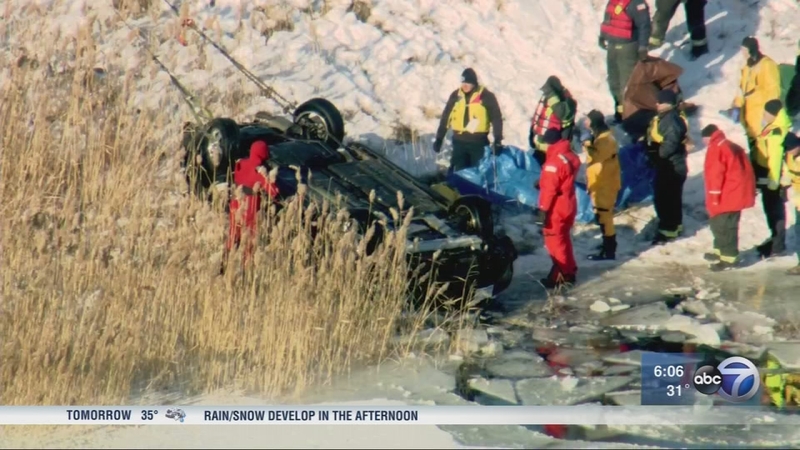 LYNWOOD, Ill. (WLS) -- The search for a second person who may have died in an icy reservoir pond in Lynwood, Illinois, continued on Thursday.

Divers were back out at the scene where the body of body of Chris Stone, 27, of Park Forest was discovered on Monday after a vehicle was pulled from a pond.

Temperatures a few degrees above freezing gave Cook County investigators the go-ahead to dive abck into the water three days after the firs trecovery mission.

Police said it's likely that a second person was inside the vehicle. That second person is currently believed to be LeAndre Scott of Chicago Heights. Family members said they have not been able to contact Scott since Sunday afternoon, around the time that the car went into the water.

But investigators aren't sure if there is a second victim or who that victim is. Investigators and family members also still don't know why the car went off the road Sunday afternoon.

The impact buried the car's doors in silt more than 70 feet from the side of the road.

"You had to know him, he was a kid with a big heart. People, like I said, when the detectives came to my home they brought all of the rap record, but when God, when you're in the family of God he looks past all of that. All of his troubles, all of the pain, and he sees your needs like he sees each and every one of ours," said Marian Clark, Scott's mother.

Monday's efforts were a recovery mission and started at 11 a.m. The vehicle was recovered around 2 p.m.