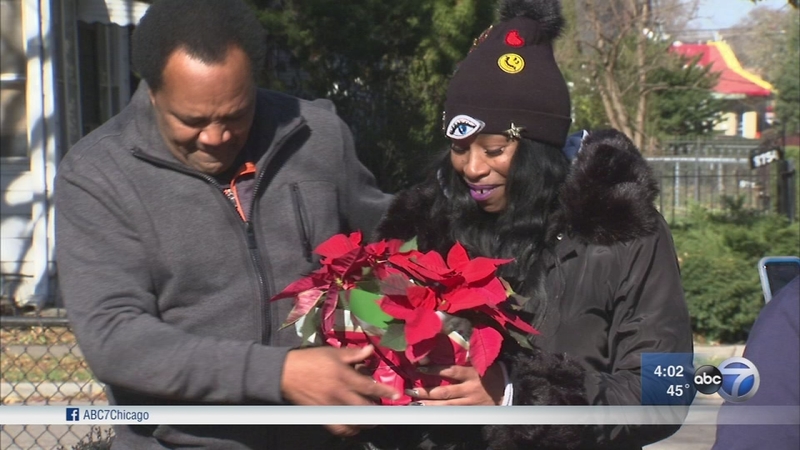 CHICAGO (WLS) -- Some good Samaritans Thursday decided to help a Minnesota woman who was robbed at gunpoint while visiting relatives for Thanksgiving in Chicago's Chatham neighborhood.

Donna Hart walked out of her relative's home in the 8800-block of South Wabash Avenue at 9:30 a.m. Tuesday to get something from her car when two teenage robbers approached her with a gun. The robbery was caught on tape by a surveillance camera.

Hart, who grew up in Chicago, now lives in the suburbs of Minneapolis.

"I'm from Chicago. I was born and raised here, so I can't let them scare me away from my home town," said Hart.

"I wanted her to know that this city does care, and there's still some good in this city," said Crisis Responder Dawn Valenti.

Among those who donated to Hart was Chris Harris, whose daughter was recently carjacked, too.

"I know the feelings that she went through, the vulnerability, the whole thing of being assaulted like that," said Harris.

Hart's car was recovered by police at approximately 5:30 p.m. Wednesday. The vehicle is currently in an impound lot, authorities said.

Police said they do not have anyone in custody.