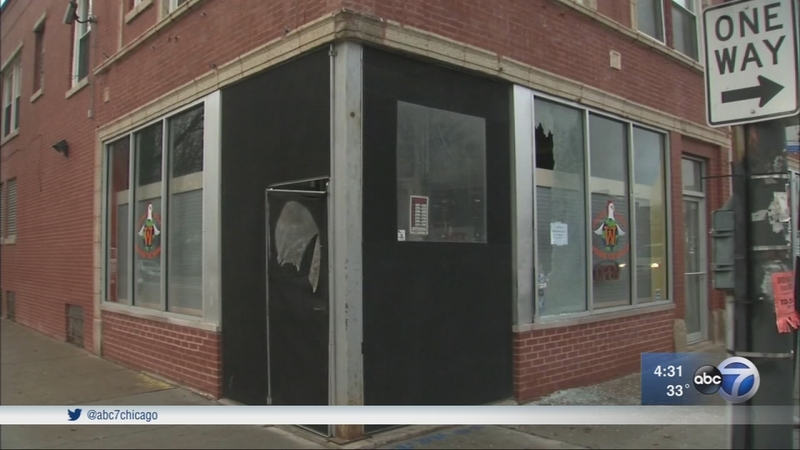 CHICAGO (WLS) -- A mass shooting at a memorial Wednesday night on Chicago's South Side left seven people wounded, including the mother and niece of the woman being remembered.

All of the victims wounded in the attack are expected to make a full recovery, including the mother of the woman who the vigil was for.

The group was gathered at a vigil for a gun violence victim in the 500-block of East 75th Street in the city's Chatham neighborhood just after 8 p.m., when police said at least one person opened fire on them.

A red balloon in the shape of the heart floating on the sidewalk was the only thing left of Wednesday night's memorial for Jamayah Fields. The 20-year-old woman from South Bend, Ind. was shot and killed Monday near Spencer Elementary Technology Academy in Chicago's South Austin neighborhood. Community activists said her slaying was gang-related.

But the peaceful vigil for Fields near a restaurant in the city's Chatham neighborhood ended in incredible violence. Sources said a rival gang heard about the gathering through social media and targeted some of the people there, who they believe may have been involved in a recent shooting in the suburbs.

Angela Jackson said she was returning home when she saw the shooting happen.

"I was just getting off the bus - it was just - shooting! I didn't have time to look around. I grabbed my baby and started running," Jackson said.

Fields' 12-year-old niece suffered a graze wound to the head and was taken to Comer Children's Hospital, where she was listed in good condition. She was treated and released.

A 16-year-old boy was shot in the neck and was taken to Advocate Christ Medical Center, where he is listed in serious condition.

A 20-year-old woman was shot in the right leg. She was taken to Stroger Hospital, where her condition stabilized.

Another 20-year-old woman was shot in the left leg and buttock. She was taken to Christ, where she is listed in serious condition.

Relatives said Fields' mother was wounded in the attack. She remains hospitalized after having surgery on her right hand.

The shooting occurred about 24 hours after President Donald Trump tweeted he would "send in the Feds!" if the "carnage" in Chicago does not stop.

The city is on pace to have the same amount of murders this month as there were in January 2016. Last year was the deadliest in Chicago in nearly 20 years.

Since the tweet, according to Chicago Police Department data, at least 16 people have been shot where residents just want the killing to stop.

"We need improvement in Chicago to stop all the violence," Jackson said.

But Jones, who plans to open for business Thursday despite bullet holes in his windows, pointed out there are already federally-funded task forces in these neighborhoods - and crime is not going down.

He said what he really wants is for Trump to invest in growing businesses in Chicago's most challenged communities.